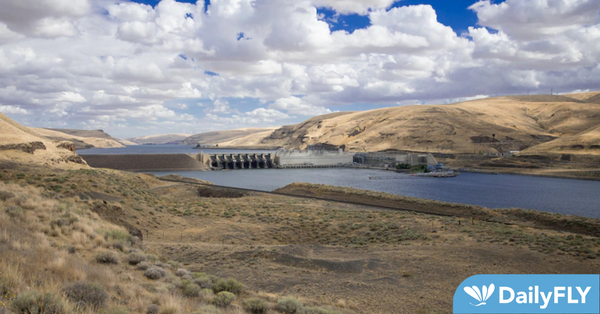 Photo by: Brigida I. Sanchez

The Environmental Protection Agency has ordered the U.S. Army Corps of Engineers to stop oil and other toxic chemical discharges into the Columbia River in Washington and Oregon.

Recent spills have the issue back at the forefront. The group Columbia Riverkeeper sued the Corps last year, noting the pollutants harm fish and other wildlife in the Columbia and Snake Rivers.

Miles Johnson, senior attorney for the group, said the permits address four dams along the river identified as pollution sources, and the problem is bigger than petroleum and chemical pollution.

“In addition, the dams create big reservoirs that soak up the sun’s energy and make the river too hot for salmon and Steelhead,” Johnson explained. “The permits that EPA issued to the Army Corps are a directive to deal with some of those problems.”

In operating the dams, the Corps will be required to use environmentally friendly lubricants, pay closer attention to water temperatures in those reservoirs and remove water from some if they get too hot for the fish to survive.

The issue was highlighted again recently when between 300 and 600 gallons of oil leaked into the Snake River from a turbine at Little Goose dam in Eastern Washington. Johnson pointed out such pollution has become a pattern with the Corps and has to be monitored and addressed constantly.

“Sometimes it’s one gallon, sometimes it’s five gallons, sometimes it’s hundreds of gallons or even thousands of gallons,” Johnson outlined. “And sometimes that oil contains toxic chemicals like PCBs. And after watching it happen over and over again, Columbia Riverkeeper took action, which is what we do when someone illegally discharges pollution into the river.”

The EPA took the action under the Clean Water Act. Columbia Riverkeeper has sued federal and state agencies multiple times and continues to monitor Northwest waterways and the wildlife that depend on them.

Disclosure: Columbia Riverkeeper contributes to our fund for reporting on Endangered Species and Wildlife, Environment, and Water. If you would like to help support news in the public interest, click here.