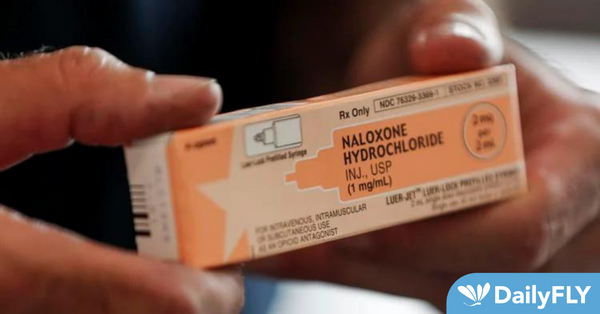 (The Center Square) – The U.S. Food and Drug Administration accepted Emergent BioSolutions’ request to review its supplemental New Drug Application for the NARCAN® Nasal Spray to be sold as an over-the-counter emergency treatment for known or suspected opioid overdose, the company said Tuesday.

The FDA also granted its request for priority review, which Emergent says “is the first prescription-to-over-the-counter switch application in history” to be granted such a review.

NARCAN® (naloxone HCI) Nasal Spray 4 mg, was the first intranasal form of naloxone approved by the FDA, in 2015. It was developed to treat known or suspected opioid overdoses.

If its application is approved, it would be the first 4 mg naloxone nasal spray available over the counter in the U.S.

“As a leader in the fight to help combat the opioid epidemic, Emergent is committed to increasing access and awareness of naloxone, and we are taking this step to help address the rising and devastating number of opioid overdoses and fatalities happening across the country,” BioSolutions president and CEO Robert Kramer said in a news release. “We look forward to working with the FDA to advance our application under Priority Review designation and believe in the scientific evidence that supports the efficacy and safety of NARCAN Nasal Spray as an over-the-counter option for opioid overdose reversal.”

“Accidental overdoses can happen to anyone, anywhere, at any time, and by shifting to OTC status, increased access to NARCAN will help address patient needs as the opioid epidemic continues to evolve,” the company says.

The FDA’s review comes at a time when the opioid epidemic has escalated nationwide, in part due to increased addiction to synthetic opioids and to poisonings caused by individuals taking drugs unknowingly laced with fentanyl.

The DEA recently issued a public safety alert warning Americans of fake prescription pills laced with fentanyl flooding into the country from Mexico made by two key cartels.

“Fentanyl remains the deadliest drug threat facing this country,” the DEA said in the announcement.

Deaths related to synthetic opioids increased nearly 60% from 2019 to 2020, according to a November 2021 Centers for Disease Control and Prevent report. In 2021, more than 71,000 people died from opioids containing fentanyl, according to the CDC.

The American Addiction Centers has produced an informational video about how to identify signs of an opioid overdose and how to administer NARCAN. In the video, Dr. Mark Calarco says, “I would love to see everyone carry naloxone, Narcan, because you never know when you’re going to need it.”

Every day, more than 130 people die in the United States from overdosing on opioids. This video will demonstrate how to administer Narcan. The nasal spray is now available over-the-counter in most states. Dr. Mark Calarco also answers some of the most common questions about the drug. If you or a loved one is struggling with addiction, please call 866-244-1070.American Addiction Centers

It’s also safe and effective in children, as was the case with a California toddler who nearly died from fentanyl poisoning after crawling on the grass in a public park but was revived by receiving NARCAN.

Emergent notes that NARCAN Nasal Spray is used in emergencies but doesn’t replace emergency medical care. Users are encouraged to get emergency medical help immediately after they receive a first dose of NARCAN.

Not all states require prescriptions to obtain NARCAN, however, individuals are encouraged to consult with their doctors about its use. They are encouraged to tell their health-care providers about all medical conditions and medications and supplements they take.