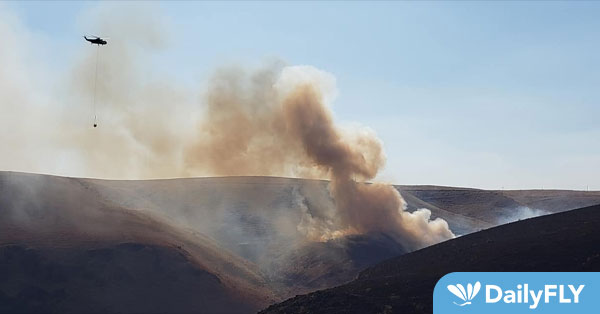 Asotin County Fire District #1 was called in for an initial attack with the Washington State Department of Natural Resources about five miles west of Asotin at the top of Cloverland Grade Road.

The wind-driven fire was pushing to the east down the drainage towards George Creek. Firefighters were successfully getting around the fire when the wind shifted and pushed the fire south.

Firefighters from Asotin, Blue Mountain Fire District, and the Forest Service were all called up to help. Area landowners also aided with tractors and other vehicles.

DNR called for 2 helicopters and 4 single-engine air tankers and a dozer to help aid the fire attack.

The emergency call came in at about 1:30 p.m. By about sundown firefighters had a containment line around the estimated 200 acres.

More crews were called to help aid in the fire and will be on the fire lines first thing Friday morning.

Chief Hardin said wind and steep rocky terrain challenged firefighters. Most of the area was only accessible by foot.

Approximately 40 firefighters were on the scene during the fire.