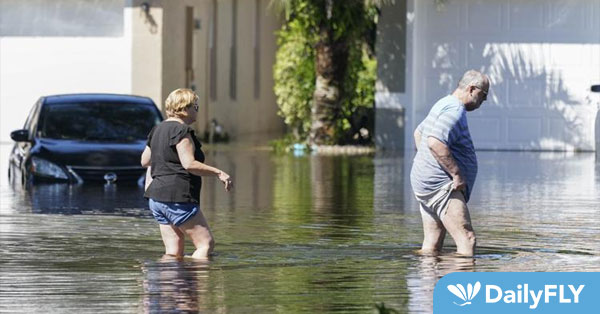 (The Center Square) – Florida is continuing rescue and recovery efforts in the aftermath of Hurricane Ian.

So far, 1,600 people have been rescued, Gov. Ron DeSantis said in a recent update on state response efforts.

Safe and sound persons are encouraged to be reported at http://safe.fl.gov.

Power has been restored to more than 1.8 million customers so far. There are more than 42,000 line workers responding to more than 840,000 reported power outages. A full report of current outages can be found here.

Elon Musk’s SpaceX has sent 30 Starlink units to Lee and Charlotte counties to help residents communicate, and another 10 smaller Starlink units to be used by Emergency Operations Centers and first responders.

FPL has restored power to more than 45% of accounts in Lee County; LCEC has restored power to roughly 9%. To assist in restoration efforts, the Florida Electrical Cooperatives Association has readied resources from its members around the state to deploy mutual aid, which will allow the LCEC to expedite power restoration, especially to Cape Coral and North Fort Myers as residents return to their homes.

A volunteer team has been mobilized through First Lady Casey DeSantis’ Hope Heroes through her Hope Florida – A Pathway to Purpose initiative in Charlotte and Lee counties. They are working with the Florida Department of Elder Affairs to help seniors impacted by the storm. They are volunteering in shelters, conducting home-based needs assessments, and delivering water and shelf-stable meals, among other services.

Those interested in becoming a Hope Hero are encouraged to visit helpcreatehope.com.

Hardee County received three Starlink units after the entire county lost power. More than 12% of accounts have so far had power restored. The Florida Guard and other state agencies have been distributing supplies, water and food. Those in need of individual assistance can go to DisasterAssistance.Gov or call 1-800-621-3362.

Floridians can receive up-to-date information about recovery efforts and more information through FDEM’s toll-free line at 1-800-342-3557.

FDEM has 12 active fuel depots throughout Central and Southwest Florida to support first responder efforts; more than 1.4 million gallons of fuels have been mobilized.

Nearly 400 ambulances, paratransit buses, and support vehicles are responding; 400 nurses are moving into southwest Florida to assist in health-care facilities impacted by the storm, some of which are evacuating patients.

So far, 345 health care facilities have had power restored since the onset of the storm.

The state Department of Transportation is working with Lee County to expedite emergency repairs to road and bridge access to Pine Island. Access is expected to be restored by Oct. 8 for first responders and residents.

So far, FDOT crews have cleared more than 88% of Florida’s roads, making transportation corridors passable in most of the state.

FEMA has authorized the National Flood Insurance Program, approving Florida’s request for a waiver. This allows policyholders to access a portion of their claim without going through the full claims process.

The Florida Disaster Fund received more than $21 million in donations to hurricane relief efforts in the first 48 hours it was activated. Donations are tax-deductible; anyone can contribute online at www.FloridaDisasterFund.org or by texting DISASTER to 20222.

The Florida Disaster Fund and Volunteer Florida are working with a range of groups to open Family Resource Support Centers to provide a range of services. The first centers are opening in Tampa and New Port Richey; anyone who needs help can call the Hope Line at 850-300-HOPE.

An extensive list of state response efforts can be found here.