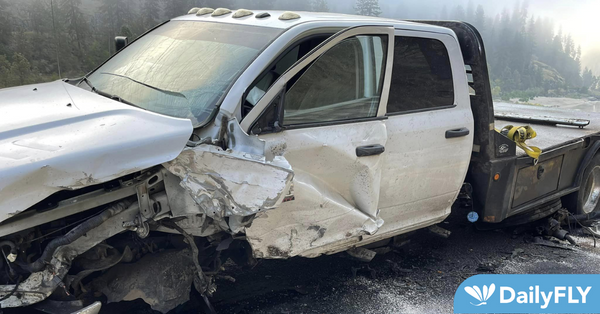 OROFINO – On October 9, 2022, at approximately 06:56 a.m., Idaho State Police responded to a head-on vehicle collision, on US 12 near milepost 51.5, in Lewis County, Idaho. A grey, 2005 Chevrolet Trailblazer was traveling eastbound on US 12 near milepost 51.5. The Chevrolet crossed left of center and impacted a white, 2013 Dodge Ram 5500 head-on. All occupants of the Chevrolet, the driver, passenger, and two juvenile passengers were transported to a local hospital.

Thank you to the public for their patience as crews were working to take care of individuals and clear the scene.