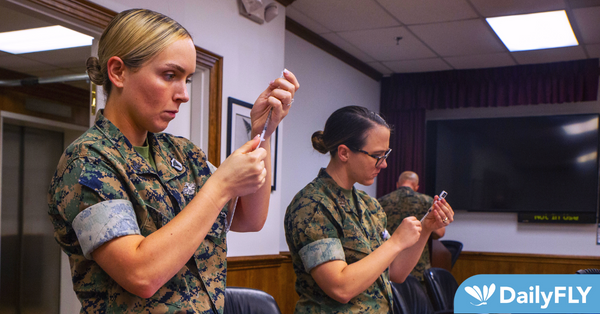 The letter asks those leaders to oppose the mandate from President Joe Biden’s administration that was issued on Aug. 24, 2021.

“As Governors, our ability to respond to natural disasters and conduct emergency operations is contingent upon the strength and size of our National Guard units,” the letter said. “As Congressional leaders, it is your duty to provide for the national defense, and therefore, we call upon you to protect the men and women in uniform – who protect us – from an unnecessary vaccine mandate. As President Biden, himself, stated on September 18, 2022, ‘The pandemic is over.’”

The letter comes after 47 members of Congress asked for a similar move to remove the mandate in September. In that plea, the members said that the mandate meant that “eight percent of the Army’s approximately 1 million soldiers face expulsion, Army recruiters cannot meet their FY22 target, and the Army has cut its projected FY23 end strength by 12,000 soldiers. “

The governors’ letter stated that the mandate had led the National Guard to miss its recruitment target by 10% and it was “preparing to discharge approximately 14,000 soldiers in the next two years for refusing the COVID-19 vaccine.”

The Army recruitment goal missed by 25%, falling 15,000 recruits short of its target, according to U.S. Army Secretary Christine Wormuth on Oct. 10. And the letter said that the Armed Forces discharged 8,000 active duty members through Nov. 15 due to the vaccine mandate.

“The Biden vaccine mandate on our military creates a national security risk that severely impacts our defense capabilities abroad and our state readiness here at home,” the letter stated.