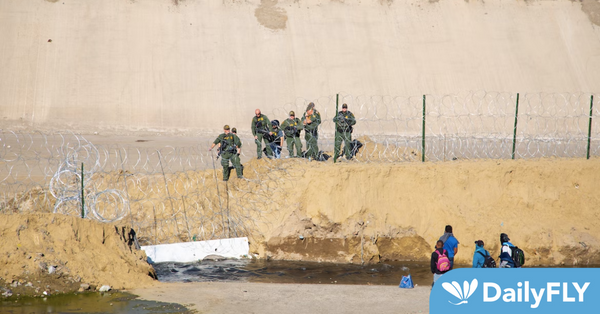 “Fentanyl is the deadliest drug our communities have ever faced, and it is pouring into our country across a border that remains open under the current administration. The high court’s decision to keep in place the Trump-era Title 42 policy for now is welcome news.

Immigration and border security are one of the core responsibilities of our federal government, but states are stepping up with solutions in the absence of any federal action or even any recognition from the Biden administration that this huge problem is threatening the health and safety of Americans. I visited the border last year with my fellow Governors and we offered 10 concrete policy solutions to secure our border and protect Americans, including leaving Title 42 in place. All our solutions were either ignored or rejected by the current administration and Congress.

I will continue to proudly lead our state’s efforts around border security in order to protect Idaho families and communities.”

In September of 2021, Governor Brad Little and half of the nation’s governors issued a joint letter to President Joe Biden requesting a meeting within 15 days to discuss the crisis at the southern border. The governors’ plea for the President to listen to them had followed another request sent by the Governors earlier that year, which also went unanswered.

Following the 15-day period with no response from the Biden administration, the governors released 10 policy solutions the administration could enact immediately to protect America, restore security, and put us on a path to end the crisis at the southern border. The administration never responded, and the border crisis has only become more deadly and dangerous for both Americans and migrants in the time that has passed.

Governor Little sent a team of specialized state troopers to Arizona in 2021 to assist with drug interdiction, and he joined half the nations’ governors in creating the American Governors’ Border Strike Force. He and Attorney General Lawrence Wasden also joined a lawsuit challenging Biden’s Title 42 border decision.

Governor Little also hosted a roundtable with Idaho law enforcement in 2021 to discuss Idaho’s growing drug threat and the connection to the U.S.-Mexico border, and created Operation Esto Perpetua in March to protect our children from drugs. He recommended and the Legislature approved $250,000 to carry out objectives of the initiative. He directed another $1 million this summer to fight the deadly impacts of fentanyl.