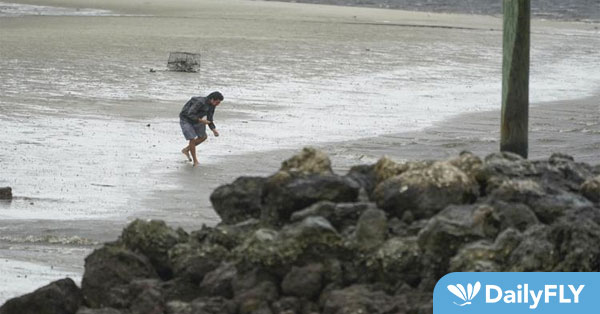 (The Center Square) – Hurricane Ian has strengthened to a Category 4 hurricane and is expected to hit Florida’s west coast Wednesday, making landfall in Charlotte County.

With maximum sustained wind speeds of to 155 miles per hour. Irma is “knocking on the door of a Category 5 storm,” Gov. Ron DeSantis said Wednesday at an early morning briefing.

After impact, the storm is projected to move through central Florida before exiting the northeast Florida coast sometime on Thursday.

“Much of southern Florida has already experienced the impact of the storm,” DeSantis said. “There have been several tornado warnings issued during the overnight hours,” which are expected to continue throughout the day.

A storm of this magnitude will produce catastrophic flooding and life threatening storm surge on the Gulf Coast of Florida,” he said. “The highest risk areas are ranging from Collier County up to Sarasota County,” with the storm making landfall in Charlotte County.

“If you are in any of those counties,” he said, “it is no longer possible to safely evacuate. It’s time to hunker down and prepare for this storm. This is a powerful storm that should be treated like you would treat if a tornado were approaching your home. If you’re out on the roads, get to a safe place as soon as possible. There’s over 200 shelters open in just the southwest Florida region alone.”

Bridge closures have already begun due to high winds and there are more than 40,000 reported power outages in southwest Florida, he said. More than 2 million people have already evacuated.

“Don’t go outside in the eye of the storm,” the governor also warned Floridians. “There is actually a calmness in the center of the storm,” he said that may give people the impression that it’s passed but “that’s not the case. It’s still very dangerous. There’s possibilities of tornadoes. It would also be very difficult to potentially get back into your home.”

He also warned Floridians to avoid downed power lines, standing water, damaged trees, to operate generators outside homes, and to not drive through flooded roads.

Floridians are encouraged to call a free hotline for information and assistance about the storm – 1-800-342-3557 – and utilize resources from the state’s disaster website. Those under evacuation orders can find available shelters here. Expedia also is helping Floridians locate housing and shelter options.

She also warned, “There’s also part of Florida that has a lot of new residents that have never experienced this type of threat. My message to them is take this very seriously, listen to your local officials.”

Catastrophic storm surges could push as much as 18 feet to 16 feet of water over a nearly 100-mile stretch of coastline, from Bonita Beach north through Fort Myers and Charlotte Harbor to Englewood, according to the National Hurricane Center. Rainfall near the area of landfall could top 18 inches.

A Hurricane Watch has been issued for Glades, Hendry, Inland Collier counties.

A Storm Surge Warning is in effect from Suwannee River southward to Flamingo, including Tampa Bay, Dry Tortugas, as well as from the Flagler/Volusia Line to the mouth of the St. Mary’s River. A Surge Warning is also in effect along the St. Johns River.

Several VA facilities are closed. Veterans enrolled in VA Health Care in need of routine or urgent care services in the projected path of the storm can contact 1-877-741-3400.

The state is evacuating 15 hospitals in areas of anticipated landfall as well as potentially 100 health care facilities.

Nearly 400 ambulances, paratransit buses, and support vehicles are responding to areas of anticipated landfall. Numerous federal, state and county agencies are coordinating to provide services in the areas of emergency management, healthcare, transportation, law enforcement, education, and others.

More than 5,000 Florida National Guard are activated in addition to 2,000 from Tennessee, Georgia and North Carolina as well as a FEMA emergency team from Texas.