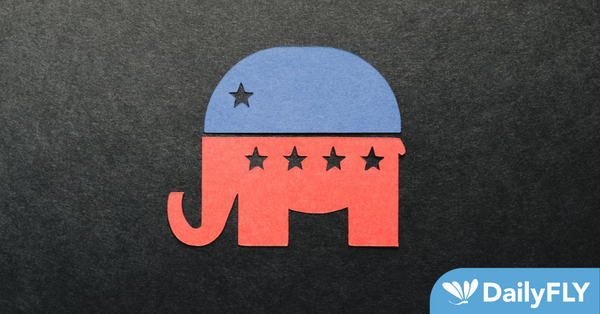 The Idaho Republican Party adopted a rule intended to limit crossover voting in Republican primaries at its winter meeting. The final version is different from the original proposal after amendments from state central committee members.

But Republicans at the meeting came away with conflicting interpretations of the rule — including specifics of the waiting period required before certain Republican voters can participate in primary elections.

Delegates at the summer GOP convention in Twin Falls recommended that the party’s state central committee approve a rule written by former legislator Branden Durst. The rule is intended to limit Democrats from registering as Republicans to be able to vote in Republican primary elections, which have been closed to only registered Republican voters since 2012.

The Idaho Republican Party’s state central committee met on Jan. 6 and 7 to consider changes to the party rules and resolutions, including those that were recommended by the convention delegates in July. While the convention is made up of about 750 delegates and party officials, the state central committee is a smaller group of 240 people who are part of the state party’s executive committee, county party chairs and other party officials from across the state.

The published rule includes only a requirement to register as a Republican by Dec. 30 of the year before a primary election — meaning those who wanted to vote in the May 2022 primary would have had to affiliate as Republican voters by Dec. 30, 2021.

That deadline only applies to previously unaffiliated voters or newly registered Idaho voters, however. A voter who is affiliated with another party and wants to change their affiliation to Republican must wait 12 months from Dec. 30 of the year they wish to affiliate, according to the rule language.

But there is quite a bit of confusion around that timeline.

Idaho Republican Party Executive Director Kiira Turnbow told the Idaho Capital Sun in an email Thursday that the rule means a voter has to wait 12 months from Dec. 30 of the year in which they register to change affiliation — so if someone switches affiliation in January, June or even Dec. 29 of 2023, the one year period begins from Dec. 30 of that year, meaning they would officially be considered Republican voters as of Dec. 30, 2024.

Idaho GOP Executive Committee Vice Chair Daniel Silver said he interprets the rule to mean a voter registered with another party would have to affiliate by 12 months before the primary date —  or by May 2023 if the 2024 primary is held in May.

Jacob Cluff, a former state central committee member who attended the meeting as well, said he interprets the rule to mean those voters would have to affiliate by the end of the previous year, which would have been Dec. 30, 2020, for the May 2022 primary.

The distinction is important, Cluff said, and he’s asking for legal opinions that might help clarify the intent.

“I’m trying to run that to ground to see if I’m wrong,” Cluff told the Idaho Capital Sun.

The original proposal included language that would have prohibited voters from participating in the Republican primary if they affiliated less than 12 months before the next primary election, and would disqualify voters from participating if they had financially supported more than one candidate of a different political party for office less than 25 months before the primary. Those who disaffiliated from the Republican Party at any time in the 25 months before a primary would also have been disqualified, as would any voter who affiliated with a different party or voted in the primary or caucus of a different political party in the same time frame.

“Heading into these meetings, some try to focus attention on differences. What I take away from this weekend is that conservative values continue to make Idaho the greatest state in the nation,” Silver said in a text to the Sun. “Each of us cares deeply for Idaho. Meetings like this show that our party is, and will always be, committed to faith, family and freedom.”