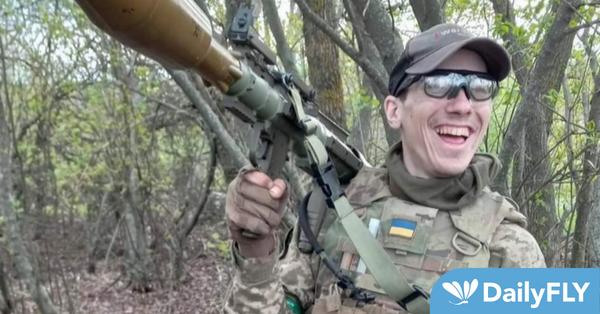 Clayton Hightower, 30-years-old, grew up in Kamiah, Idaho and graduated from Clarkston High School. Hightower joined the U.S. Army in 2014, following the footsteps of his brothers who served in different branches of the U.S. Military. In 2017, after nearly four years in the Army, Clayton Hightower was medically discharged with permanent disability from the Veterans Affairs. Despite multiple rejected attempts at revoking his disability status, he did not lose motivation to help others.

From volunteer firefighting, to physical security, odd jobs, and beyond, Clayton did anything he could to help others. His selfless acts of service and uplifting spirit positively impacted not only the lives of his friends, family, and community, but also the United States and Ukraine.

In March of 2022, Clayton Hightower joined the International Foreign Legion of Defense of Ukraine to fulfill his purpose in helping others. His service in Ukraine went beyond combat, as he learned the local languages, kept morale high, all while making sure the stray cats got some love too. Aside from his upbeat attitude and determination, Hightower was also known for his knowledge of artillery and unpredictable war tactics.

Russian forces nicknamed Hightower, “the muddy one,” for his camouflage technique lying covered in mud waiting to right moment to strike. On December 4, 2022, Hightower died while holding the line against Russo-Nazis at an observation post located east of Kupiansk, Ukraine. Hightower jumped through a window into heavy gunfire and performed CPR on a French soldier whose life was saved thanks to Clayton. Hightower succumbed to his injuries on the scene, but his legacy and valor will not be forgotten.

Hightower’s commander released the following statement, “I had the honor of having Clayton serve under my command last summer during the defense of Velka Novosilka, Donetsk oblast. With a kind heart, a contagious laugh and a strong knowledge of artillery, Clayton literally was the Roadrunner of our unit. He was straightforward, loved and respected for it. You needed a touch of dark humour to illuminate your day? Clayton was here to have your 6. You needed something destroyed or you had to shape the battlefield and find enemy artillery systems? He was the Norman for the job. Brother, you will not be forgotten and the score will be settled in blood.”

DailyFly News spoke with Hightower’s brother, Anthony Wheeler, and Wheeler’s girlfriend Amanda, to learn about Hightower’s life and service in Ukraine. The family is currently working to have Hightower’s remains sent home, while also enduring threatening and offensive social media comments from Russian citizens. Amanda stated, “He died fighting for something he believed in with his whole heart. He has made friends all over the world that have been reaching out with stories and pictures. He meant the world to many people.”