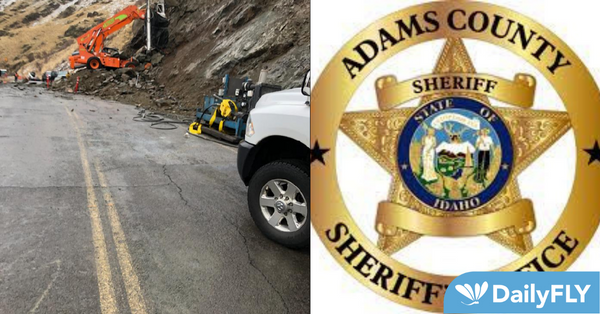 Adams County – (Release from Adams County Sheriff’s Office) On December 10, 2022, at approximately 9:15 a.m., Adams County Dispatch received a priority 911 call regarding an industrial accident in Hells Canyon. According to callers, contract employees working on securing a rock shelf on the Idaho Power road from Oxbow to Hells Canyon Dam experienced a significant landslide, sending tons of rock and debris onto the work crew and equipment below. Callers notified dispatch that one employee had sustained significant injury.

Adams County and Baker County deputies arrived at the scene and found that one of the workers was suspended in the air with a boom and bucket to conduct his work. The employee, identified as Stacey Keen (39) of Tillamook, OR, had been struck by multiple pieces of rock and debris and was killed as a result.

Following the accident, the area around the rock slide was unstable and unsafe. As a result, deputies used boats to rescue and transport stranded workers around the rock slide, via the reservoir. Idaho Power geologists and OSHA responded to the area to assess the scene and the potential for additional debris slides. Once the slide area was deemed stable enough, deputies brought in heavy equipment to remove the boom and bucket from the immediate area, and first responders and the Adams County Coroner were able to safely recover Keen.

The Adams County Sheriff would like to thank our partners with the Baker County Sheriff’s Office’s assistance and unwavering support during this tragic incident. Our heart goes out the family and friends of Mr. Keen.