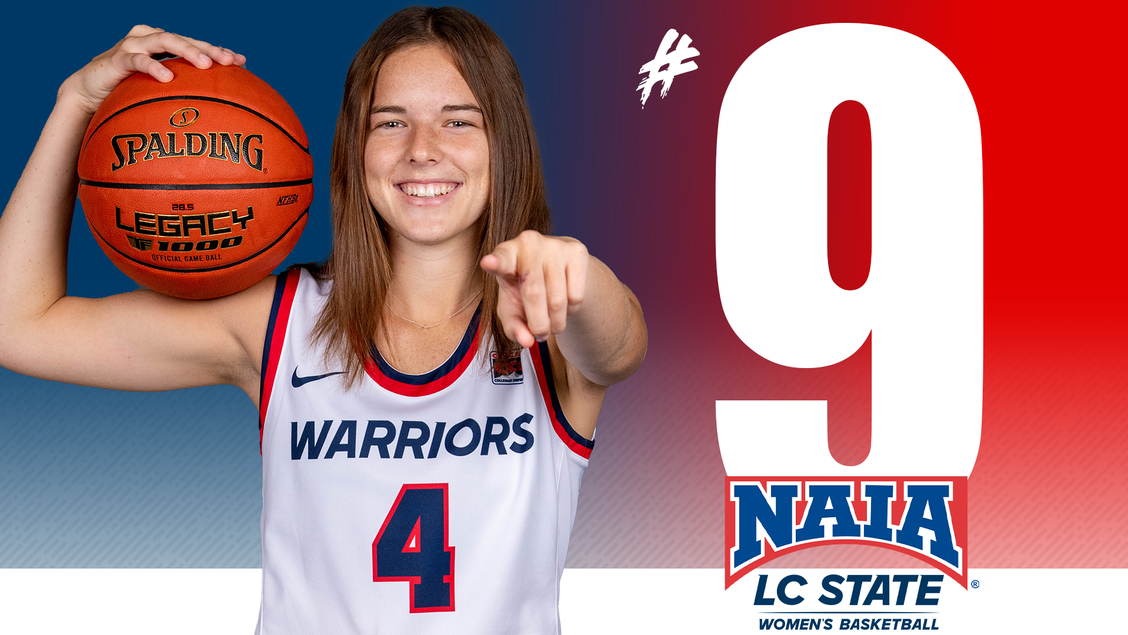 KANSAS CITY, Mo. – LC State Women’s Basketball moved into single-digits in the NAIA poll released on Wednesday. The Warriors will take their No. 9 ranking into a tough weekend on the road.

Heading into the trip, the Warrior women lead the nation in field goal percentage defense at .316. LC will take on the best shooting team in the Cascade Conference on Saturday in No. 16 Eastern Oregon. The Mountaineers are averaging 76.4 points per game with a .455 field goal percentage.

LC State picked up two wins over the weekend to extend the winning streak to 18 games. The stretch is the fourth-longest in program history and includes a 13-0 mark in Cascade Conference play. The Warriors defeated Evergreen State 90-41 and Northwest 95-53 over the weekend for the highest-scoring back-to-back games this season.

Sara Muehlhausen leads the conference in blocked shots per game (2.5) and Adyson Clabby is the top CCC player in assist/turnover ratio (3.1). Callie Stevens is second (2.8) and leads the Warriors in scoring at 15.1 points per game.

EOU remained at No. 16 in the latest poll and Southern Oregon fell two spots to No. 25.

The Warriors head south this weekend to take on College of Idaho and No. 16 Eastern Oregon.