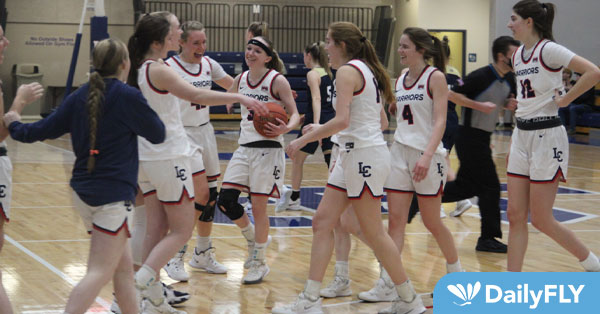 CORVALLIS, Ore. – The defending regular-season Cascade Conference Champion LC State Women’s Basketball team was picked to finish at the top of the conference, released by the CCC on Tuesday. The Warriors picked up six of 12 first-place votes and edged Eastern Oregon by three points (137) in the poll.

LC State wrapped up a stellar 2021-22 with a 19-3 record in conference play with just one on-court loss. The other two were forfeits due to Covid protocols. The Warrior women led the CCC in scoring margin (13.6), field goal percentage defense (.346) and assist/turnover ratio (1.2) in the previous campaign and return the conference’s leading scorer in Callie Stevens (18.3 points per game) and rebounder in Maddie Holm (10.2 rebounds per game).

Stevens also led the CCC in 3-pointers made with 91 (2.9 per game), Sara Muehlhausen led in blocked shots (65) and Holm led in defensive rebounds per game (8.4).

EOU garnered five first-place votes in the poll with 134 points, while Southern Oregon tallied one first-place vote and came in third with 123 points. Bushnell (109) and Oregon Tech (86) wrapped up the top five. Use the link above to view the full poll.

LC State opens Cascade Conference play on Nov. 22 at home against Walla Walla. The Warriors hit the road on Dec. 2 and 3 to take on Northwest and Evergreen State. EOU, the only team to beat LC during the regular season, will be in Lewiston on Dec. 30, and the Warriors will battle SOU in a rematch of the CCC tournament title game in the P1FCU Activity Center on Jan. 14.

Season passes and single-game tickets are on sale now at lcwarriors.com/tickets.