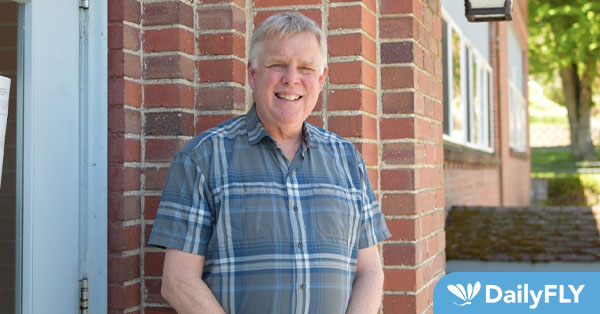 MOSCOW – David Nelson is running for re-election for District 6 senator to ensure the community has better roads, better access to broadband, and women have the right to reproductive freedom.

Nelson has a true love for District 6. As a fourth-generation Idahoan, he grew up on a farm in Genesee, went to the University of Idaho, and started a software company that brought jobs to the area. Once Nelson sold his company, he entered the world of public service and has been a state senator for the last four years. Nelson has also been a long-time member of the Moscow Rotary Club and ran the regional high school youth exchange program that greatly impacted local youth, as well as those around the world.

As a minority democrat in the senate, Nelson prided himself on co-sponsoring six bills that were ultimately passed in order to help his constituents back home.

“I know how to work with republicans to find a coalition to get a bill passed,” Nelson said. “I also feel like I am working with my constituents. I know who to call when they come to me with a problem. However, I still feel there is work left for me to do.”

As a member of the Idaho Behavioral Health Task Force, Nelson is working on coming up with new ways to help Idahoans through mental health crises. Currently, the task force is in the implementation phase. Nelson explained that $12 million is to be utilized in order to start building certified behavioral health clinics throughout the state. One of which, should be located in Moscow or Lewiston.

Nelson is also passionate about helping expand broadband and improve infrastructure in the area. As a member of the senate transportation committee, he was able to help ensure that $250 million was allocated to improving Idaho bridges. Six of which are located between Nez Perce and Lewis County. He also works to ensure the local city and county road maintenance is completed and much more.

However, his work does not stop there. Nelson explained the system to fund school facilities is broken and if re-elected, he will work on implementing his two-step plan to fix it. With the $200 million budget surplus, Nelson believes some of that could be utilized by creating a bond matching fund. Then, the state would pay half of the costs to upgrade schools. He also plans to work on bringing down the bond threshold pass percentage and would like to ensure they are only voted on in November elections.

This year, Nelson introduced Senate Bill 1271 which would reduce or remove the school levee. This, in turn, would lower property taxes.

“Property taxes are a big problem in Idaho,” Nelson said. “They are really volatile and can drive the elderly and veterans out of their homes. [The bill] took $300 million from the general fund and gave it to the school districts, per student. This would have paid down half the levees in the state.”

Overall, Nelson explained this is an important election for individuals to get out and vote and mentioned legislative seats are won by hundreds of votes.

To learn more about Nelson, check out his website: https://www.davidnelsonforidaho.com/issues