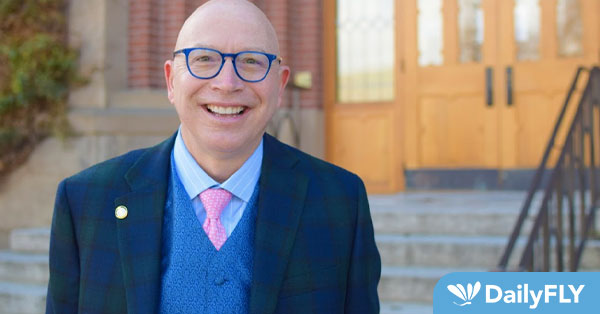 MOSCOW – Tim Gresback is a hard-working, self-made individual who explained he is ready to work on behalf of Idahoans in District 6 on a variety of issues.

Gresback comes from a family of 12 siblings and due to their parents supporting such a large family, times were tough. However, Gresbeck knew hard work would lead to a future of success so he paved his way and enrolled in school.

Following graduation, Gresaback moved to Idaho in 1987, and in 1999, while his wife Sarah was interviewing for a position as an assistant professor of foreign language, she went into labor with their son Luke. She later accepted the position and the Gresback family officially settled in Moscow.

Fast forward to 2022, Gresbeck now runs a successful law office across the street from where Luke was born and focuses on helping individuals after car accidents; and Sarah is still a professor growing young minds at the University.

Since moving to Moscow, Gresback has done a plethora of work to become a community leader in the town he loves. From serving as President of the Palouse Ice Rink to working on obtaining the building for the new Parks Activity Recreation Center, and so much more. Gresback has also received the Idaho State Bar’s Professionalism Award and has been honored as Trial Lawyer of the Year.

However, Gresback stated his work to better the community is not done yet and that is why he is running to be a representative.

As a lawyer, Gresback explained it is essential the state puts a stop to costly lawsuits. He further mentioned the state is currently using taxpayer money to hire outside law firms to defend laws the Attorney General will not.

“There are lots of better uses for these state dollars,” Gresback said. “Investments in schools, aging infrastructure, and other critical services. Ending unnecessary lawsuits also means more money in the pockets of Idaho citizens.”

Gresback is a promoter of education through and through. If elected, he plans to shape the future of Idaho by working on cultivating young minds in a variety of ways with VoTech schools such as the DeAtley Center in Lewiston. Gresback explained a four-year university shouldn’t be the only option for Idaho children. He further mentioned he would like to work on expanding the options for students to graduate high school with the skills and knowledge to go straight into a trade position.

If elected, Gresback also plans to work on growing access to affordable education throughout the state because “50th out of 50 simply won’t do”.

Overall, Gresback explained he has bipartisan support in the community as some issues are more than simply red or blue. If elected, Gresback pledges to bring a balance back to the state and work to push out extremism.

Gresback encourages everyone to get out and vote on Tuesday, November 8. To learn more about his views follow the link to his website. https://www.timforidaho.com/?fbclid=IwAR2x_3rY4Tsw_IfWclVRXY9fekel-dBDTsLJMYP_z_57VKQ5W5dhvW4wY5E