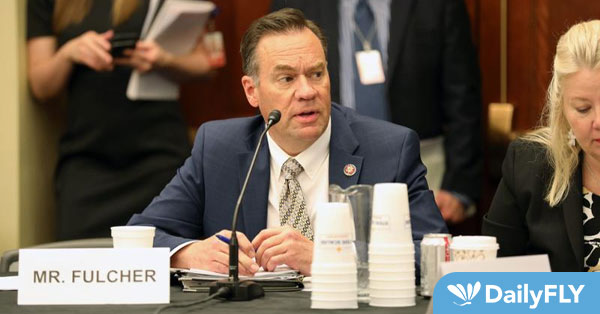 Congressman Fulcher grew up on a dairy farm in Meridian, Idaho, and later went on to BSU where he obtained his degrees in business. Post-graduation, Fulcher spent the next 24 years working with Micron Technology and Preco Electronic where he conducted international business in 60 different countries and every state in the U.S.

After serving in the Idaho Senate for 10 years, Fulcher decided to run for U.S Congress and has served since January 2019. As a member of various subcommittees, Fulcher explained so much is driven by federal policy in the U.S and he is in a position to help fix the issues we see as a nation.

Over the last two terms, Fulcher’s voting record is a testament to the hard work he has put into standing up for Idahoans. He has voted to stop second amendment restrictions, stop the federalization of elections, and more. However, Fulcher explained he is the proudest of the hard-working individuals that run his district offices, one of which being in Lewiston. To date, Fulcher and his team have helped return $4,229,120 to Idahoans through casework and responded to 108,478 letters and emails from constituents.

“It is not what I have done, but what our team has done,” Fulcher said. “The constituent team works with Idahoans, they don’t care if they are republican or democrat. We have helped people get passports, exists out of Afghanistan, and so much more.”

“We are one of only five states where 50% or more of the state is federal land,” Fulcher said. “My intention is to try to steer local management of those lands so that we are taking care of them. Then, we can keep it cleaned up and void wildfire risks.”

If re-elected, Fulcher stated he will keep fighting to balance the budget. He explained now, congress members are forced to vote on multi-billion dollar “omnibus” packages that have a plethora of legislation sneaked in not related to the cause at hand. Fulcher mentioned he will continue to fight for one cause to be discussed at a time, as the Idaho state legislator does, to promote transparency and discourage wasteful spending.

Another issue Fulcher explained he plans to work on is border security. He stated the U.S has more legal immigrants than every other nation in the world. Fulcher welcomes anyone who wants to enter the county legally, through a controlled vetting process. However, the issue lies with those coming in illegally.

“We need to enforce the law,” Fulcher said. “We have the laws in place. We just have an administration who refuses to enforce it.”

Locally, Fulcher is also passionate about fighting to keep the Snake River Dams stating the removal would decimate the economy. He also explained there is no evidence that indicates doing so would help the salmon flow. It would simply “gut the economy on a whim it might help”.

Fulcher has a love for serving the citizens in the great state of Idaho and thoroughly enjoys having open communication with his constituents. He encourages anyone in Idaho’s first congressional district who has special knowledge on certain issues they feel passionate about to reach out and have a conversation.

“There is no monopoly on wisdom,” Fulcher said. “We deal with thousands of issues every year and the constituents have the expertise we need.”

To learn more about Congressman Fulcher and what he believes in, check out his website: https://russfulcher.com/issues/