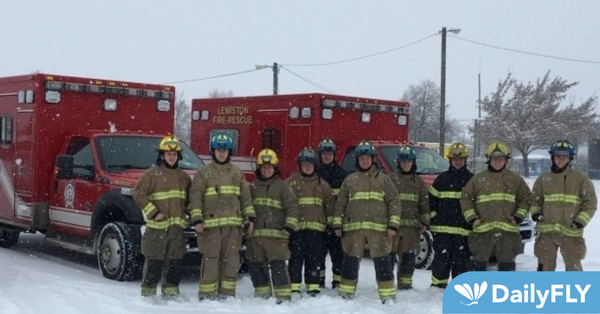 Lewiston, Id – The Lewiston Fire Department responded to a report of a trailer on fire at 1914 5th Avenue North at approximately 2:29 AM.

First arriving crews found a semi tractor trailer with the roof area on fire. The trailer was located in a large parking area for freight trailers owned by several companies. Access was made to the interior of the trailer and the fire was extinguished. Lewiston Police Department personnel on scene advised that these trailers are sometimes used by homeless people for shelter. The trailer was searched and no persons were found. The fire did appear to come from a warming fire.

LPD was advised of a person at a local business with burns. LPD and LFD medics responded to the location and the individual was treated and transported to St Josephs Regional Medical Center for further care.

The department responded with 3 structural engines, 3 medic units and one chief officer for a total of 16 personnel.

The cause of the fire is under investigation by the
Lewiston Police Department. Damage estimates are unavailable at this time.

There were no firefighter injuries to report.