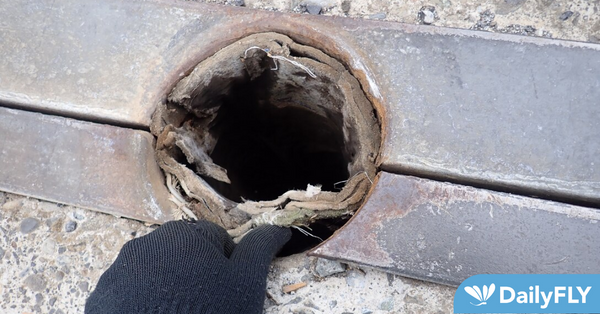 An example of a waterstop that needs replaced. Photo by Kara Morgan

The contract was originally awarded to Emagineered Solutions, Inc. in July of 2018. Since then, the contract has been utilized to perform a total of eight waterstop replacements at different dams within the district.

“This is exciting because historically we’ve only been able to afford to fix one to two waterstops per year,” Kara Morgan, Project Manager for the Walla Walla District, said. “However, thanks to the stimulus funds in the Bipartisan Infrastructure Law, we were able to cut a task order for five waterstop replacements over the next 18 months at Little Goose.”

Waterstops are elements placed in the joints of concrete structures in order to prevent leaks. Due to the aging infrastructure of the dams, waterstop failures are causing excessive water leaks at monolith joints in the powerhouse and navigation locks. These leaks have the potential to overwhelm the drainage sumps and flood the lower levels of the powerhouse, cause deterioration of local utilities and service equipment, and cause further erosion issues and concrete deterioration if not addressed.

Little Goose Lock and Dam alone has over 39 leaking or failed waterstops. These are being addressed in a prioritized order. The current task order is expected to complete its five waterstop replacements by June 2023.