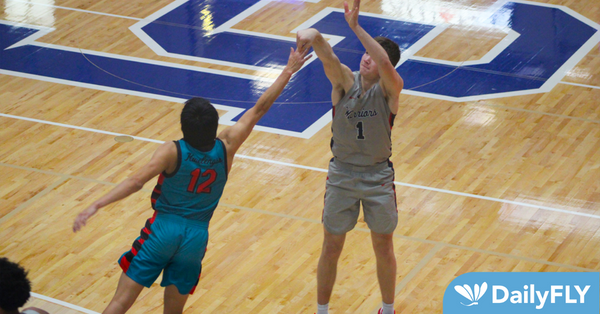 Lewiston, Idaho – Freshman John Lustig was electric on the court on Thursday against Northwest Indian College, and would’ve posted multiple career-highs if the contest was not an exhibition. The Colfax, Wash., native led the LC State charge with 25 points and 11 rebounds in the 113-40 victory. Five Warriors scored in double-figures with two grabbing double-digit rebounds.

LC State’s record does not change with the exhibition and stats do not count towards season or career totals.

Grayson Hunt and Oreon Courtney got the ball rolling for LC State, and after a five-point run by NWIC put the Eagles ahead 5-3, the Warriors took control and settled in for the next 38 minutes.

Silas Bennion sparked an eight-point run to put LC State in driver’s seat, fueled by three straight buckets by Hunt to make it 11-5 by 15:57. Free throws by Will Abram started a nine-point stretch to push the lead to 20-8 at 13:16, and a 16-point rally with six points by Lustig, four each by Abram and Hunt and a dunk by Anthony Peoples Jr. made the cushion 36-10 at 7:23.

NWIC struck first in the second half, but LC answered with 22 straight points. Davian Brown tallied the first five points of the period at 18:53 and a jumper by Lustig capped the stretch with the Warriors ahead 74-28 at 13:02. It was all LC State in the final three minutes with the Warriors scoring 15 unanswered points. Erick Chaney and Peoples Jr. combined for three straight 3-pointers before Lustig and Sam Stockton closed out the contest with back-to-back layups to make it 113-40.

Lustig led all scorers with 25 points. He was 10-for-14 from the field and 3-for-5 from 3-point range. Stockton also notched a double-double with 11 points and 11 boards to match Lustig for the game-high in rebounds. He led the team with seven assists and four steals.

Peoples Jr. and Abram each tallied 15 points by going 7-for-9 and 5-for-6, respectively, and Hunt added 14 points with eight rebounds.

UP NEXT
The Warriors are back on the road for Cascade Conference contests at Corban and Bushnell next weekend.