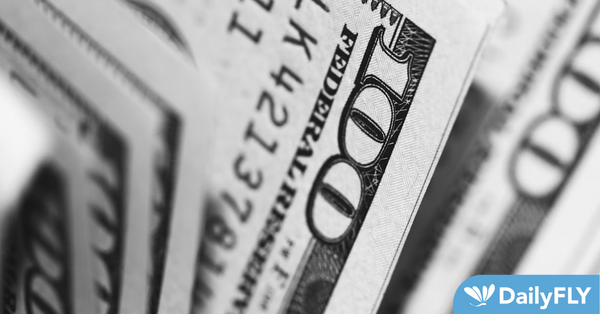 (The Center Square) – Several new laws that go into effect in the new year look to impact Washingtonians’ wallets in one way or another. Either directly or indirectly, Evergreen State residents in 2023 could end up paying more on a variety of fronts.

Washington will start off the new year with the highest minimum wage among U.S. states.

The roughly 8.7% increase in the state minimum wage comes amid the largest spike in inflation in nearly four decades, increasing the cost of food, housing, and other items across Washington.

The Evergreen State’s minimum wage may be top among states, but it’s not the highest in the nation. The other Washington – D.C. – will see its minimum wage rise to $16.50 an hour next year.

Some cities in Washington have separate minimum wage laws allowing for hourly rates in excess of the state’s baseline. SeaTac will have the highest minimum wage of any city in America in 2023, rising to $19.06 an hour. Seattle’s minimum wage next year will be upped to $18.69.

Beginning Jan. 1, the Paid Family and Medical Leave payroll tax will go up from 0.6% to 0.8% to help pay for up to 18 weeks of family and medical leave to some full- and part-time workers. The rate is determined by the ratio of the trust fund balance divided by the total wages paid in the previous year.

The paid family and medical leave mandate was passed by the Legislature in July 2017 and signed into law by Gov. Jay Inslee, with collection from employers and workers beginning on Jan. 1, 2019. Every worker in the state was eligible to collect benefits as of Jan. 1, 2020.

Starting next year, there will be an average rate increase of 4.8% in workers’ compensation to ensure adequate premiums to cover expected costs of 2023 claims, according to the state Department of Labor & Industries.

That translates into employers and workers paying an additional $61 a year on average for each full-time employee, with workers footing about $12 of that increased cost on average.

“L&I attributes the increase to several factors, including wage inflation and medical costs,” the department’s website says. “L&I will tap the contingency reserves to pay costs that are expected to exceed the rate increase. Workers and employers focusing on safety, and L&I initiatives that are helping injured workers recover sooner and reducing workers’ compensation costs, are helping keep the proposed increase down.”

In the new year, rideshare drivers will be entitled to workers’ rights, including minimum trip pay, paid sick time, workers’ compensation coverage, and protection from retaliation.

The changes were adopted by lawmakers during this year’s legislative session in the form of House Bill 2076.

Beginning Jan. 1, minimum rates for rideshare trips will be set by state law. For trips beginning in Seattle: $5.62 per trip; or $0.64 per minute and $1.50 per mile, whichever is higher.

Drivers will also receive a minimum of one hour of paid sick time for every 40 hours worked, and they can start using sick time after recording at least 90 hours on the job.

The state will finally begin collecting taxes to fund its long-term care law, known as WA Cares, on July 1.

The WA Cares payroll tax – 58 cents on every $100 earned – was supposed to kick in Jan. 1, but that plan was derailed by, among other things, lawmakers concerned about people paying into the program who would not be eligible to receive benefits.

The new capital gains income tax’s constitutionality is still up in the air, but the state Department of Revenue is proceeding with plans to collect the tax in April.

On March 1, Douglas County Superior Court Judge Brian Huber ruled the tax was an income tax that violated the state constitution’s uniformity clause that does not allow income to be taxed at different rates.

Washington Attorney General Bob Ferguson asked the state Supreme Court to take up the case on appeal, with the high court agreeing to do so. Oral arguments in the case are slated to begin on Jan. 26.

The Supreme Court has since given the okay for DOR to administer and collect the tax in the meantime.

In 2021, the Legislature passed and Inslee signed into law a capital gains income tax aimed at the state’s wealthiest residents. The measure adds a 7% tax on capital gains above $250,000 a year, such as profits from stocks or business sales.