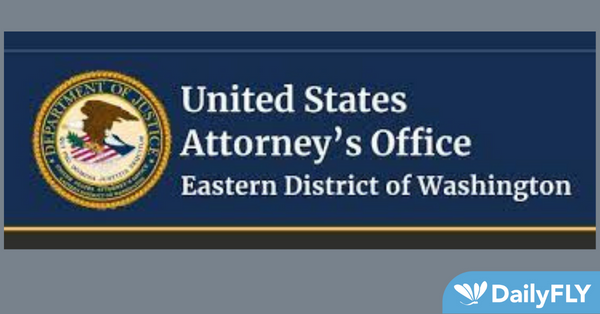 In announcing the sentence, Judge Peterson varied upward from the United States Sentencing Guidelines range, as determined by the Court. In doing so, Judge Peterson emphasized the need to protect victims of domestic abuse from Mr. Best. The Court also described the seriousness of the offense and the traumatizing effects on the victim, who Judge Peterson commended for her strength and courage for coming forward and speaking at sentencing. The Court further acknowledged the extreme psychological impact of the offense and ruled that Best’s criminal record underrepresented his history of domestic abuse.

According to court documents and proceedings, in August and September 2021, a female victim contacted Colville Tribal Police and reported that Best physically assaulted and threatened to kill her if the victim told law enforcement about the assaults. Specifically, on August 12, 2021, Best became upset that his victim received a ride home from another man. Best shoved the victim, causing her to fall to the floor, resulting in substantial bodily injury and extreme pain. On September 21, 2021, Best again assaulted this same victim – striking her with a belt and strangling her. As he did so, Best told the victim, “If [you] ever say anything or call the cops, there would be no way they would be able to find [your] body.”

Court documents further indicate that at the time of the offenses, Best had prior arrests and convictions for domestic violence. Despite his history of domestic violence, the sentence announced today represents Best’s first felony conviction.

“My office is committed to prosecuting those who commit violence against their spouses or intimate partners,” U.S. Attorney Vanessa R. Waldref stated. “Domestic violence victims often struggle to access the justice system and get the protection and resources they need. I am grateful for the law enforcement agents, victim advocates, and prosecutors who handle these challenging cases. By working together and with those who are victims of violent crime, we can ensure that all men, women and children are protected not only from domestic violence, but also from retaliation when they disclose what they experienced.”

U.S. Attorney Waldref continued, “Native Americans experience some of the highest rates of violence in the country, a situation that is all the more tragic in light of the generations of trauma already suffered by Indigenous people, especially Native American women. It took tremendous courage for Mr. Best’s victim in this case to speak on behalf of herself and for Mr. Best’s prior victims. Today, their voices were heard.”

“Tragically, this victim endured the trauma of being attacked by a trusted partner, who should have protected her. I commend the brave survivors who report to law enforcement, the advocates who help them heal, and the investigators and prosecutors who bring the perpetrators to justice,” said Richard A. Collodi, Special Agent in Charge of the FBI’s Seattle field Office. “The FBI will continue to work with our law enforcement and community partners to protect citizens from these types of violent crimes.”

The case was investigated by the Colville Tribal Police Department and the Federal Bureau of Investigation. This case was prosecuted by Richard R. Barker, Assistant United States Attorney for the Eastern District of Washington.