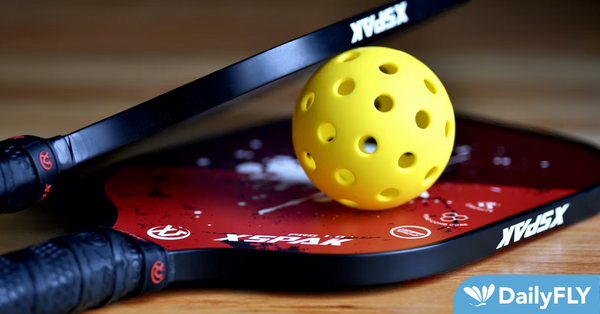 (The Center Square) – Pickleball has been the fastest-growing sport in the U.S. over the last two years, with participation seeing over 40% in growth, according to the Sport & Fitness Industry Association.

The game’s roots began in 1965 when former Washington state Lt. Gov. Joel Pritchard and a friend of his were looking to play badminton. The two were not able to find rackets so they improvised with wooden ping-pong paddles and a plastic perforated ball and eventually developed a permanent set of rules.

Since then the number of pickleball courts across the U.S. has passed 38,000, according to USAPickleball.org. As with any physically straining sport, it may be a good idea to stretch first.

The Center Square reached out to University of Washington Medicine to see if caregivers have seen a number of pickleball-related injuries. However, the hospital said it does not track pickleball carnage specifically.

The National Library of Medicine published a report in 2019 on injury considerations in pickleball. The organization found published research on injuries associated with other racket sports, including tennis, rather than pickleball.

“The most common injuries are sprains/strains of the lower extremity, followed by sprains/strains of the upper extremity and injuries of the trunk and low back,” The National Library of Medicine stated in its report. “Given the underhand nature of the game play of pickleball, one would expect a lower occurrence of shoulder injuries than in tennis where overhand serving is a major component of the sport. However, there is still a risk for a variety of other upper extremity injuries in Pickleball.”

Despite the risk, many in Washington still have discovered the game and are itching to play more.

Seattle Resident Maddy Bowen told The Center Square that since she first played it recently, she “loved it so much, I want to buy a set and start a league.”

Bowen added that she does not recall witnessing any injuries, but can see how people could get ahead of themselves.

“It feels like [an easy version of] tennis so it’s easy to get going really fast before you’re in shape for that kind of exercise,” Bowen said.