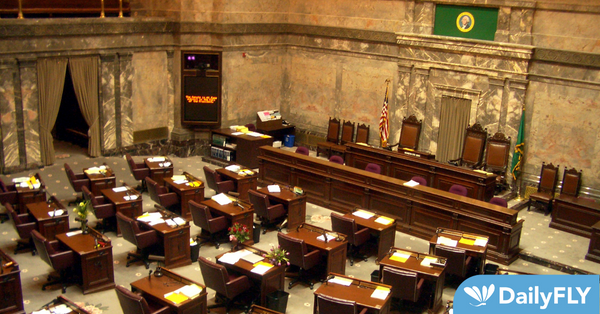 (The Center Square) – With the general election less than two months away, State Sen. Andy Billig, D-Spokane, and state Rep. Jacquelin Maycumber, R-Republic, discussed their respective party’s priorities for the upcoming 2023 legislative session on TVW’s “Inside Olympia” on Thursday night.

Reforming the state’s drug laws, protecting abortion rights, and consideration of broad-based tax relief are on the agenda for next year, according to Senate Majority Leader Billig.

“It will be one of the big issues we work on this year,” he said in reference to a further legislative response to the state Supreme Court’s February 2021 decision finding the state’s simple drug possession law unconstitutional because it did not require the state to prove intent – in this case, knowledge of possession of a controlled substance.

The ruling came in the case of a Spokane woman, Shannon Blake, who had received a pair of jeans from a friend that had a small bag of methamphetamine in a pocket.

In April 2021, the Legislature passed Senate Bill 5476, reclassifying drug possession as a gross misdemeanor with fines up to $125. Per the bill, first- and second-time convictions that occurred before the Blake ruling would be vacated in a retrial, and defendants referred to treatment programs.

Billig said he favored an approach that relied less on a law enforcement approach and noted that will require more services for helping those battling drug addiction.

“I just think we need to take that treatment approach, that health approach, and be able to have the tools to be able to help incentivize people to go there,” he said.

In light of the U.S. Supreme Court decision earlier this year overturning Roe v. Wade and sending the contentious abortion issue back to the states, protecting abortion rights in the Evergreen State is a priority for Democrats during the next legislative session, according to Billig.

“The most important thing is that we keep pro-choice majorities in the Legislature, and so that will prevent us from having any rollbacks because we do have good laws related to abortion access and reproductive rights in Washington state,” he said.

Citing an influx of people from other states – including next-door Idaho, where a near-total ban on abortions is now in place – Billig said more needs to be invested in reproductive services in Washington state.

He went on to say Democrats are working on legislation that guarantees access to contraceptives as well.

“So, we’re kind of re-looking at everything and making sure that we’ve got reinforcements in Washington state law as far afield as we need to go, no matter what this Supreme Court does,” he said.

Billig indicated Democrats would consider broad-based tax relief next year, saying all options are on the table.

“So, what we want to do is provide relief, but do it in a smart way so that we’re being good stewards of the public’s money and making sure we’re getting the best possible bang for that investment,” he said.

Billig had earlier touted the Working Families Tax Credit, passed in 2021, that goes into effect next year, saving an average of $1,200 to those who qualify, and legislation passed by lawmakers and signed into law this year by Gov. Jay Inslee eliminating the B&O tax for businesses that make less than $125,000 in gross receipts.

There was some agreement between Maycumber and Billig in terms of responding to the Blake decision.

“We have to have the framework in place to be able to help people who are suffering from mental health and addiction,” she said. “We don’t have that. We don’t even have the workforce. But to say, ‘You suffering on the streets is human because we don’t want to criminalize it is not fair.”

“Pursuit does need to be fixed,” she said.

On the issue of broad-based tax relief, Maycumber advocated for a 1% cut in the state sales tax in response to record-breaking inflation that is causing high gas and grocery prices.

“Reducing the sales tax to really help people who are really being burdened by this inflation,” she said. “I mean this is difficult.”

The state’s education system needs improvement, she said, citing low test scores as a cause for concern.

“What is happening with our education system?” she asked, adding that students need to be equipped with skills to take advantage of opportunities offered by the job market and noting students need to be trained for future occupations, including trade jobs.

The November 8 general election will determine the new makeup of next year’s state Legislature.