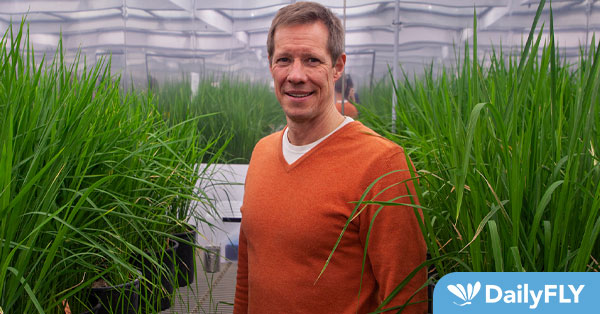 PULLMAN – Greenhouses full of cannabis are legal in several states around the country, but growing techniques can still date back to those secretive times when cannabis was contraband.

In two recently published scientific papers, Lange and his co-authors tackle different aspects of producing cannabis so the plants can be grown consistently and efficiently. Both peer-reviewed papers feature detailed, step-by-step protocols anyone can follow.

“We’re working on reliable methods to make sure the entire industry is more professional, less clandestine, and more honest about what consumers are buying,” said Lange.

Due to federal restrictions on growing and handling cannabis, all direct research with cannabis plants was handled by private industry partners. Only data analysis was conducted on WSU property. One of those partners is Dewey Scientific, a Pullman-based company that Lange co-founded.

One paper, published in Methods in Enzymology, lays out the best methods to commercially grow cannabis in a greenhouse.

The paper describes how to monitor temperature, humidity, soil moisture, and nutrient status. It also outlines how to water and fertilize each planting container and details chemical and biological pest control regimens, which emphasize sustainability and non-toxicity.

The second paper, co-authored with WSU graduate student Joshua Polito and also published recently in Methods in Enzymology, focuses on the analysis of terpenes, chemicals that produce characteristic aromas. Terpene profiles are complex, Lange said, and compounds that are mirror images of the same molecule can produce very different aromas.

“The terpene limonene is often marketed in cannabis products,” he said. “But one limonene molecule has a citrusy smell. However, cannabis has mostly the mirror image version of limonene, which produces a completely different aroma. Our paper shows how to test for the different terpene variables.”

Cannabis is famous for its distinct odor, and many producers are advertising different strains and varieties of the crop by listing terpenes.

“Consumers are often misled by these lists,” Lange said. “The main terpenes are fairly similar, but you get cases where current testing finds chemicals that can’t possibly be there.”

To fix that issue, Lange and Polito developed a method that shows how to conduct in-depth, accurate tests for terpenes present in a cannabis strain.

The tests are complex and time-consuming, Lange said, but they don’t need to be repeated regularly. They can be conducted on a new strain and the terpene content will remain consistent as that strain is propagated.

The purpose of the tests is to provide accurate information for consumers. Lange took on the projects to help cannabis growers and consumers have the same resources and protections as other crops.

“I think over time cannabis will be treated as a regular crop,” he said. “Having this information available will help small growers compete with larger growers and provide consumers with a basic level of accurate information about their purchases.”