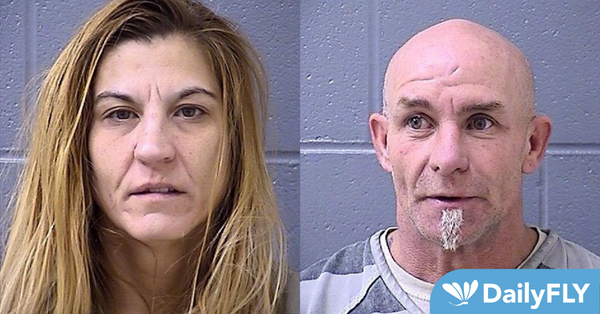 On Sunday, the Lewiston Police Department was notified of a missing 2022 Roadrunner Cargo trailer in Lewiston. LPD issued an alert to surrounding agencies to be on the lookout for the stolen trailer. An ISP Trooper was patrolling near the Lewiston Hill on US 95 when she observed the alleged stolen trailer being pulled by an unlicensed GMC Sierra. ISP conducted a traffic stop on the vehicle and began investigating the stolen trailer. During the investigation, Troopers were able to confirm the VIN on the trailer as being stolen. While speaking with the driver, James H Lairmore (48 yoa, Spokane) and the passenger, Dana M Rupp (42 yoa, Spokane), investigating officers learned Mr. Lairmore allegedly had needles on his person that contained suspected drugs and a black case with suspect methamphetamine inside. A subsequent search of the vehicle revealed a pair of bolt cutters, ball cap with a long wig sewn into it, an ignition for a Chevrolet HHR, and a stolen license plate out of Washington State. Officers also found inside the vehicle, several pieces of burn foil with residue, cotton, and empty pen straws was located. Officers located a black wallet with a small baggies of suspected methamphetamine inside along with Ms. Rupp’s expired Washington Driver’s License. In an interview, Ms. Rupp allegedly admitted to smoking Fentanyl earlier in the day. Mr. Lairmore and Ms. Rupp were arrested and taken to the Nez Perce County Detention Center for processing. While Detention Deputies were booking Ms. Rupp into jail, two baggies were allegedly discovered. The first baggie containing a single pill believed to be Viagra and the second baggie containing six pills believed to be fentanyl.