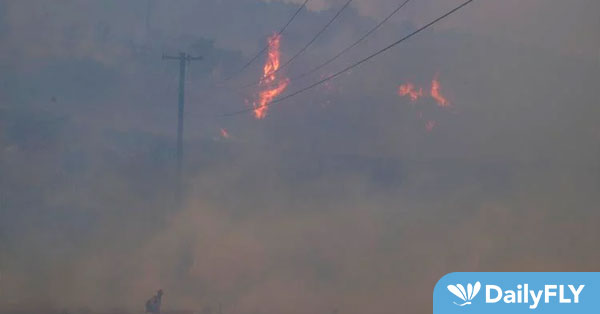 (The Center Square) – The City of Spokane is discussing a proposal Monday to open Safe Air Centers more often to protect the homeless from the harmful effects of wildlife smoke.

Councilor Zack Zappone has introduced a proposal lowering the threshold for activation of centers from an Air Quality Index of 150 instead of the current 250.

Zappone’s amendment to the existing ordinance regarding activation of warming, cooling and safe air shelters will be reviewed at the Sept. 19 council meeting. The matter is scheduled for a vote in two weeks and becomes effective immediately if approved. No financial data about the potential cost of operating centers more often has been provided.

“Spokane’s unhoused population is at a greater risk of negative health effects from wildfire smoke, therefore opening up the Safe Air Centers at a lower AQI will do more to protect our historically excluded communities,” states a briefing report on the issue.

The amendment to the existing code outlines that Spokane is realizing a severe housing shortage that has left many people unable to afford a place to live. That has left more people vulnerable to particle pollution from wildfires, states the draft ordinance.

Under Zappone’s plan, the centers will open when the Spokane Regional Clean Air Agency (SRCAA) forecasts that air quality is poor for sensitive groups. Emergency centers may also be activated by the mayor’s office when there is a civil emergency or an extreme storm or weather condition is predicted to pose a health threat.

The city’s Community Health and Human Services Department is tasked with finding locations for centers and making arrangement for the use of facilities. Under the amendment, there is to be no lapse in coverage at any point in time throughout each year, regardless of whether services are provided under contract, by interlocal agreement or by city staff.

No later than Sept. 30 of each year, the revised code would require the city to publish and distribute its plan for emergency warming, cooling and safe air centers for the coming year. That information must provide details about where to find the facilities and what capacity they provide. Data must also be provided about services and resources that are available to people using the centers.

According to the Washington Department of Health (DOH), wildfire smoke is a complex mix of gases and particles. The particles can stay suspended in air while carried to distant locations, getting into people’s eyes and lungs to cause minor to serious health effects.

DOH reports that people recovering from COVID-19 or with a lung disease, such as asthma or chronic obstructive pulmonary disease, are most likely to experience health problems from breathing smoke. Also on the list for health concerns are those with heart or circulatory problems, such as coronary artery disease or congestive heart failure.

People with a prior history of heart attack or stroke may be adversely affected by smoke, as well as infants and children under 18 whose lungs and airways are still developing so they breathe more air per pound of body weight than adults.

Pregnant woman, the elderly and those who smoke may also have problems.

The SRCAA reports that poor air quality in Spokane from wildfire is a relatively new phenomenon. The agency began measuring air using current standards in 1999, and the first time wildfire smoke caused the AQI to top 100 was in 2012. Its happened 60 times since that year, including four times when the index topped 300, which is a high hazard category.