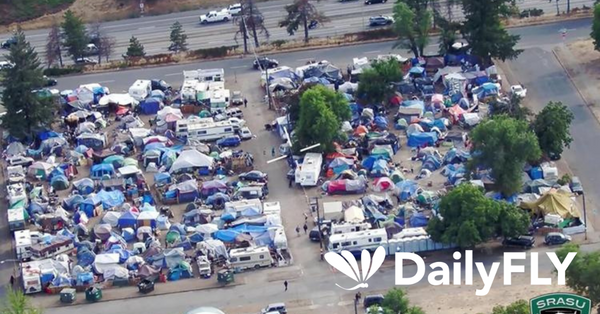 (The Center Square) – Spokane Mayor Nadine Woodward says the first snowfall and frigid overnight temperatures have local and state officials scrambling to get residents of a large homeless camp in East Central into warm, dry shelters.

“This is not a safe time of year to be living outdoors and we really need to get people moved as quickly as possible,” she told The Center Square. “We have safe places where people can find a warm bed, three meals a day and access to showers and other services.”

Woodward says the city will not make the mid-November deadline set by Spokane County Sheriff Ozzie Knezovich to clear the camp, located on Washington State Department of Transportation property.

However, she said steps are being taken on numerous fronts to close the site near Interstate 90 and Freya Street that has been named Camp Hope. The encampment was established last December following a protest over a lack of housing for the homeless.

WSDOT reports the camp is now closed to new individuals, and identification badges have been issued to 465 people remaining there. At one point, the camp had about 650 residents, according to organizations providing support services.

Woodward said aerial photos and on-the-ground reports indicate there could be fewer Camp Hope residents than WSDOT’s reports, which makes it easier for the city and its partners to find enough temporary housing to accommodate everyone.

She said, no matter the numbers, arrangements can be made to accommodate campers at other locations.

For example, Catholic Charities of Eastern Washington received $6.5 million from the state Department of Commerce to convert a former Quality Inn on Sunset Boulevard into emergency supportive housing for about 100 people. The undertaking has been called The Catalyst Project because residents of the housing units are being screened and selected based on their likelihood of working their way out of homelessness. The motel on Sunset Boulevard is expected to be ready for occupancy by Dec. 1.

Woodward has said the city could fit more than 400 people inside its new shelter on Trent Avenue, which opened in August.

The warehouse leased by the city for the shelter is still undergoing renovations, but the Salvation Army is now managing the facility and ready for new guests, said Woodward.

“They are just doing a great job,” she said. “We are still trying to get wraparound services in place but everything is coming together.”

Corporal Mark Gregory, spokesperson for the sheriff’s office, said Knezovich is willing to hold off on clearing the encampment as long as efforts are being made to get folks moved.

Knezovich and Spokane Police Chief Craig Meidl have declared the camp a “chronic nuisance” that needs to be disbanded because of public health and safety concerns.

Meidl reported in October that, within a 56-day period this year, there were 384 calls for service at the property and that the officer response alone has cost the city more than $500,000 in overtime patrol hours.

WSDOT has established an overnight curfew and provided security to reduce crime in and around the camp.

State agencies are now working to get its residents lined up with resources that get them ready for the transition. Toward that end, the Department of Social and Health Services issued 76 EBT cards for food and cash assistance.

Woodward said Revive Counseling, a behavioral support organization, has contracted with the city for $1.6 million to work with people at the camp. The goal of the organization is to help get people into the Trent shelter or another available housing option.

Once Camp Hope is closed, Revive will provide wraparound services to help people find jobs and transition out of homelessness. The organization also focuses on addiction treatment and mental health counseling.

Meanwhile, a civil right lawsuit has been filed in federal court to stop the forcible removal of people from Camp Hope.

Because people are camping on WSDOT land and the agency has not asked them to leave, they are within their rights to stay, claims the suit.

The suit also states that the city and county do not have enough places to accommodate all campers, which would put them in violation of Martin v. Boise if the site was shut down.

In that case, the U.S. District Court for the Ninth Circuit ruled that governments cannot remove homeless people living on public property if they cannot offer alternative housing.

Woodward said local governments could tap numerous community, regional and state programs to provide people at the camp with a place to stay, as well as treatment for addictions and mental health care.

The Department of Commerce has offered Spokane entities $24 million to help with Camp Home relocation.