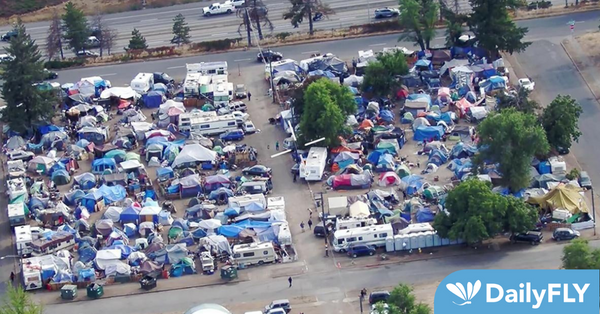 (The Center Square) – A recent performance audit conducted by the Office of the Washington State Auditor found that the city of Spokane in the eastern part of the state was among local government lacking data-driven solutions in addressing homelessness.

The audit, carried out over a five-year period between 2017 and 2021, also reviewed homelessness services in Seattle, Snohomish County, and Yakima County. The review generally found that efforts to address homelessness were affected by limited staffing, high turnover and administrative changes, as well as the COVID-19 pandemic that began in 2020.

A sprawling camp of tents and broken down RVs along Interstate 90 – known as Camp Hope – has become the symbol of homelessness in Spokane. Efforts are under way to clear out the camp.

“The Director of Spokane’s homeless department said that while they are working to make improvements that will allow them to identify and quantify unmet needs, progress has been slow due to high staff turnover,” the audit said. “Managers said the department has had four directors over the last five years, and most staff are new. The city recently hired the fourth director to oversee the homeless program. We agree that high turnover at the director and staff level has likely contributed to slow progress in program development, because both hinder a program’s ability to complete critical work.”

Earlier this month, Mayor Nadine Woodward appointed Kim McCollim as Spokane’s new director of the Neighborhood, Housing, and Human Services division to replace John E. Hall III, who left at the end of September after less than three months on the job.

It wasn’t all bad news regarding Spokane’s efforts to provide services intended to move people out of homelessness.

“The City of Spokane invested in most services outlined in its strategic plan priorities,” according to the audit. “Over the five-year audit period, the homeless department spent more than $36 million on contracted services. These services included emergency shelter, transitional housing, permanent supportive housing, coordinated assessments, rapid rehousing and outreach.”

The Auditor’s Office qualified those remarks.

“Even though outreach was a priority, the department only invested in this service in 2019,” the audit stated. “Department staff said that the city’s ability to spend money on certain services, such as outreach, was restricted by the funding sources they receive.”

The audit noted Spokane chose to invest more in long-term solutions to the homeless problem.

Spokane-specific recommendations from the state auditor include building out data collections and analysis capacity in the homeless department, developing a data-driven process to identify which unmet needs are the highest priority for funding, amending the city’s five-year homeless strategic plan to ensure it includes components required by the state Department of Commerce, and investigating and taking steps to address the causes of high staff turnover.

Per the audit, local governments in the Evergreen State spent $357 million on homeless services last year.