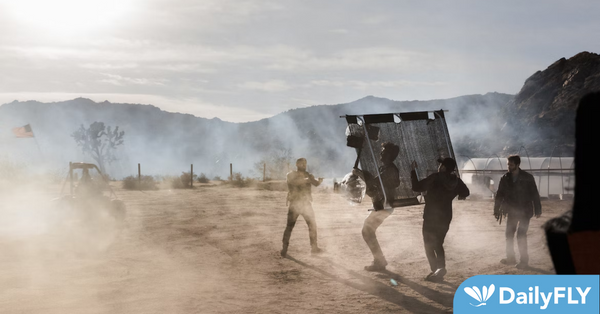 (The Center Square) – There was a time when zombies roamed the streets of Spokane and some local leaders want to see them return. The filming of “Z Nation,” a Syfy channel hit, took place from 2014 through 2018 in the Inland Northwest, which fed millions into the state’s economy. More than 124 cities in Washington benefited from the TV series, including Spokane. Officials are interested in a repeat performance.

“The starring role of the next production doesn’t necessarily have to go to zombies. In fact, any type of monster or dramatic character will do,” says Melissa Huggins, director of Spokane Arts.

She asked the Spokane County Commission this week to consider partnering with the City of Spokane to cover the wages of a full-time film liaison who would work to bring more filmmakers and TV producers to the region.

Huggins said the cost for the liaison’s wages and benefits would be about $300,000 over the next three years.

“I think there’s a lot to investigate and figure out where the funding would come from to pay for that position,” said Commission Chair Mary Kuney after hearing Huggins’ presentation.

“The plan,” said Huggins, “is to have the liaison work through Visit Spokane, which also provides an umbrella for Spokane Arts.” She said the state legislature boosted the incentive to attract film productions from $5 million to $15 million so there could be funding available to help get the program set up.

The role of the liaison would be to help filmmakers find sites, navigate the permitting process and track down resources. In addition, that “go to” individual would help directors find supporting actors and attend trade shows to market the area, among other duties.

“The goal as an economic development tool is to convince more filmmakers to work in the county,” said Huggins.

She said the average hourly wage during the making of “Z Nation” was $35. Therefore, attracting shows on a regular basis would be a good way to create family-wage jobs. In addition, she said there was a “ripple effect” to productions because crews stayed at local hotels and ate at local restaurants, in addition to purchasing equipment and other goods from local businesses.

“Not only would having more films and shows boost the economy,” Huggins says, “but college students could apprentice or get jobs as extras to build a resume that would help them break into the entertainment industry.”

“We will pursue this with great vigor,” Commissioner Al French told Huggins after hearing her pitch.

The issue will be further investigated and given further consideration at a later date, said Kuney