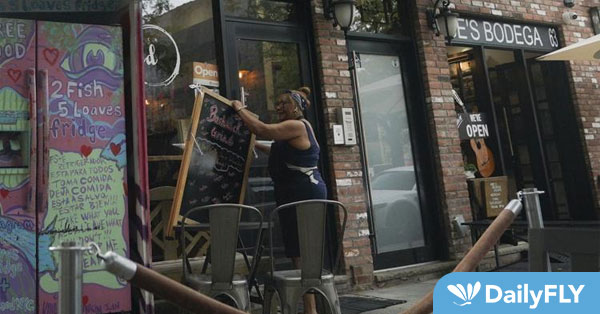 (The Center Square) – A taxpayer watchdog group has released an “anti-inflation agenda” that it says the federal government should follow to combat the persistent inflation felt across the country.

The Washington, D.C.-based National Taxpayers Union said in the recent policy paper that the agenda “could make modest and near-term contributions to reducing inflation, even though monetary policy at the Federal Reserve will still have the largest role to play.”

The latest data from the U.S. Bureau of Labor Statistics shows the Consumer Price Index for all items increased 0.1% in August, with food increasing 0.8% and gasoline plummeting 10.6%.

“Increases in the shelter, food, and medical care indexes were the largest of many contributors to the broad-based monthly all items increase,” BLS said Tuesday. “These increases were mostly offset by a 10.6-percent decline in the gasoline index. The index for all items less food and energy rose 0.6 percent in August, a larger increase than in July.”

“Clearly, getting more traditional energy into the supply chain would be really important in helping to take the edge off … the energy crisis,” NTU President Pete Sepp told The Center Square in an interview.

“One of the things Congress and the White House can control is pipeline permitting, exploration – especially in offshore areas,” he added. “Even development of alternative energy is something that would be encouraging.”

On the Jones Act, Sepp said granting a waiver on the federal maritime law from 1920 – similar to what the Trump administration did for Puerto Rico following hurricanes in 2017 – could provide consumers some relief from inflation.

“If indeed inflation remains the top concern among policymakers and plain old Americans, then this would be an appropriate instance for granting at least some waivers,” Sepp said of the Jones Act, which restricts cargo transportation to ships that are owned by the U.S., built on U.S. soil, and operated by U.S. crews.

On unobligated federal funds, Sepp said there are billions of dollars in federal relief funds that haven’t been used by states and local governments yet.

“Congress should strongly consider pulling the remaining funds (likely tens of billions of dollars) out of the economy and back to Treasury coffers,” NTU’s agenda said. “Such an effort could contribute meaningfully to a broader deficit reduction package.”