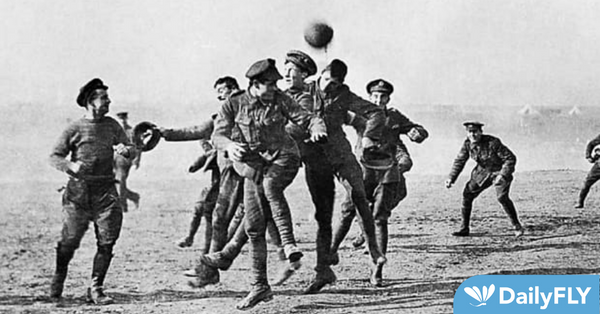 Just after midnight on Christmas morning, the majority of German troops engaged in World War I cease firing their guns and artillery and commence to sing Christmas carols. At certain points along the eastern and western fronts, the soldiers of Russia, France, and Britain even heard brass bands joining the Germans in their joyous singing.

At the first light of dawn, many of the German soldiers emerged from their trenches and approached the Allied lines across no-man’s-land, calling out “Merry Christmas” in their enemies’ native tongues. At first, the Allied soldiers feared it was a trick, but seeing the Germans unarmed they climbed out of their trenches and shook hands with the enemy soldiers. The men exchanged presents of cigarettes and plum puddings and sang carols and songs. There was even a documented case of soldiers from opposing sides playing a good-natured game of soccer.

The so-called Christmas Truce of 1914 came only five months after the outbreak of war in Europe and was one of the last examples of the outdated notion of chivalry between enemies in warfare. In 1915, the bloody conflict of World War I erupted in all its technological fury, and the concept of another Christmas Truce became unthinkable.