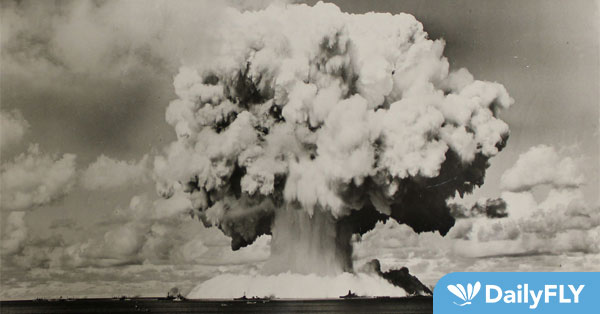 THROWBACK THURSDAY – On this day in 1962, Complicated and tension-filled negotiations between the United States and the Soviet Union finally result in a plan to end the two-week-old Cuban Missile Crisis. A frightening period in which nuclear holocaust seemed imminent began to come to an end.

Since President John F. Kennedy’s October 22 address warning the Soviets to cease their reckless program to put nuclear weapons in Cuba and announcing a naval “quarantine” against additional weapons shipments into Cuba, the world held its breath waiting to see whether the two superpowers would come to blows. With no apparent end to the crisis in sight, U.S. forces were placed at DEFCON 2—meaning war involving the Strategic Air Command was imminent. On October 24, millions waited to see whether Soviet ships bound for Cuba carrying additional missiles would try to break the U.S. naval blockade around the island. At the last minute, the vessels turned around and returned to the Soviet Union.

On October 26, Soviet leader Nikita Khrushchev responded to the quarantine by sending a long and rather disjointed letter to Kennedy offering a deal: Soviet ships bound for Cuba would “not carry any kind of armaments” if the United States vowed never to invade Cuba. He pleaded, “let us show good sense,” and appealed to Kennedy to “weigh well what the aggressive, piratical actions, which you have declared the U.S.A. intends to carry out in international waters, would lead to.”

He followed this with another letter the next day offering to remove the missiles from Cuba if the United States would remove its nuclear missiles from Turkey. Kennedy and his officials debated the proper U.S. response to these offers. Attorney General Robert Kennedy ultimately devised an acceptable plan: take up Khrushchev’s first offer and ignore the second letter.

Although the United States had been considering the removal of the missiles from Turkey for some time, agreeing to the Soviet demand for their removal might give the appearance of weakness. Nevertheless, behind the scenes, Russian diplomats were informed that the missiles in Turkey would be removed after the Soviet missiles in Cuba were taken away. This information was accompanied by a threat: If the Cuban missiles were not removed in two days, the United States would resort to military action. It was now Khrushchev’s turn to consider an offer to end the standoff.