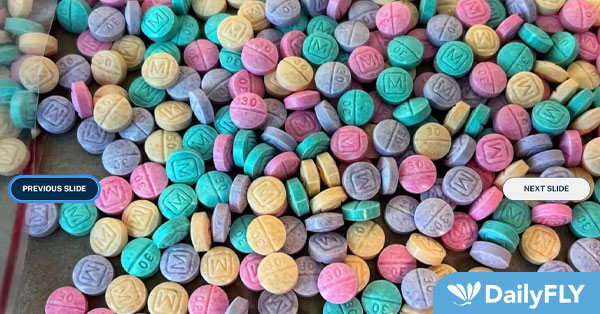 The Defendants previously pleaded guilty pursuant to a Federal Rule of Procedure 11(c)(1)(C) Plea Agreement and faced sentencing ranges from 144 – 240 months in federal prison. Judge Rice sentenced O’Mealy and Carr to 240 months and Gudino-Pena to 196 months for their respective roles in the conspiracy.  Judge Rice also ordered each of the defendants to serve an additional ten years on federal supervision after they are released from prison. In pronouncing sentence, Judge Rice emphasized the “egregious underlying conduct of this conspiracy.”

According to court documents and materials presented at the sentencing hearing, in spring and summer 2021, Defendants O’Mealy, Carr, and Gudino-Pena – a.k.a., the “Fetty Bros” – used snapchat and other social media to locate a source of supply originating in Mexico.

Defendants then traveled to Arizona and beyond to be obtain deadly fentanyl pills in 10,000-pack quantities, and poured those and other drugs into the Spokane community and across the United States – including in Washington, Arizona, Alaska, Idaho and Florida. As they did so, O’Mealy, Carr, and Gudino-Pena engaged in a violent lifestyle without remorse or concern for the impact of their actions on their communities or on those who used their deadly drugs.

When a customer overdosed, Carr suggested that no one cared and continued to sell the same deadly poison. When O’Mealy, Carr, and Gudino-Pena suspected someone was cooperating with law enforcement, they tried to kill him and nearly succeeded – opening fire and expelling more than forty rounds at their intended victim in Lakewood, Washington. When another co-defendant was arrested with their drugs, O’Mealy and Carr threatened to kill her.

The investigation began in Coeur D’Alene, Idaho after 15-year-old high school student overdosed on fentanyl and another person was killed during a failed fentanyl transaction. During the investigation into these deaths, the Coeur d’Alene Police Department and DEA Task Force NINE identified the Snapchat moniker Pac.Man2021, which led to the “Fetty Bros” as the likely source of supply to those believed to be directly responsible for the overdose and shooting.

Throughout the conspiracy, the “Fetty Bros” engaged in additional offenses to build their organization and conceal their crimes. Carr and O’Mealy, for example, illegally transported immigrants across the southern border to fund their narcotics purchases from a transnational cartel.

Carr and O’Mealy also involved a minor in transporting and shipping their fentanyl-laced drugs and utilized other “Fetty Bros,” including Gudino-Pena, to act as a security detail for their drug shipments. While immersed in this violent conspiracy, the organization amassed numerous firearms, including switches to convert their guns into fully automatic weapons. They also obtained a number of “ghost guns” – which are unserialized, privately-made firearms – and trafficked in firearms obtained during the conspiracy. Then, to conceal their illegal conduct, Defendants Carr and O’Mealy set up a luxury clothing business to launder their drug proceeds.

Ultimately, each of the Defendants was arrested in Tucson Arizona in October 2021.  Carr, O’Mealy, and Gudino-Pena had fled to Arizona and were staying with an alleged confederate at a high-end apartment complex located adjacent to the University of Arizona campus. In fact, O’Mealy and Gudino-Pena left Washington and arrived at the apartment complex during the University of Arizona’s Family Weekend in 2021. Shortly thereafter, law enforcement arrested each of the defendants and executed a search warrant at the alleged confederate’s apartment. During the search, the investigation team, which included multiple state, local, and federal agencies, recovered additional narcotics, numerous firearms, Glock switches, and a number of “ghost guns.”

“Although the consequences of large-scale drug distribution are apparent in many cases, this case, in particular, presents egregious violence, use of the mail to distribute tens of thousands of fentanyl-laced pills, firearms trafficking, threats, use of social media to advertise illegal narcotics, and obstruction of justice,” stated U.S. Attorney Waldref. “As part of their conspiracy, these Defendants even attempted to kill someone they falsely believed was cooperating against them. Our community is safer and stronger as a result of the incredible work of the numerous law enforcement agencies across the Western United States, who came together to investigate and prosecute this case.”

“This investigation illustrates how social media is used to distribute these deadly fake pills,” said Laci S. Larsen,  Acting Assistant Special Agent in Charge, DEA Spokane District Office. “Because of the collaboration by law enforcement throughout the United States, we removed these dangerous individuals, who thought they could operate without regard for human life and the rule of law, from our community.”

“The fentanyl epidemic continues to harm our communities, not only from its use, but from the violent crimes associated with its distribution,” said United States Postal Inspector in Charge Anthony Galetti. “O’Mealy, Carr and Gudino-Pena will spend the better part of two decades in federal prison, but the victims’ families will spend the rest of their lives working to recover from the loss of their loved ones. Taking an estimated 100,000 fentanyl pills off the streets is a significant accomplishment, but this does not happen without agencies working together to protect our communities.  I thank the DEA, as well as the other state and local agencies around the country who helped to bring this drug trafficking organization to a close.”

Idaho State Police Colonel Kedrick Wills stated, “The Idaho State Police appreciates the cooperation and support from multiple agencies involved in this fentanyl case which ranged from northern Idaho to the Arizona border. I thank the dedicated people of ISP who tirelessly worked to see this highly complex case through. Illegal drugs, especially fentanyl, have had devastating effects on our communities.”

Assistant United States Attorney Stephanie Van Marter, Senior Litigation Counsel for the U.S. Attorney’s Office and co-counsel for the case, stated, “This case represents a new generation of drug traffickers – traffickers, who glorify a violent lifestyle, obtain drugs online, advertise their product through social media, and victimize others. I want to thank the investigators and law enforcement officers who worked tirelessly to investigate this case and bring O’Mealy, Carr, and Gudino-Pena to justice.”

The case was prosecuted by Richard R. Barker and Stephanie Van Marter, Assistant United States Attorneys for the Eastern District of Washington.