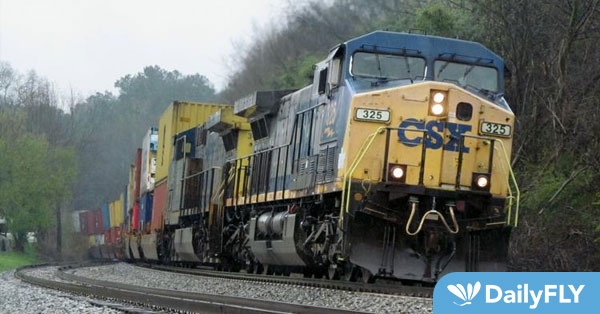 (The Center Square) – Small businesses, truckers and the rail industry are warning that a major economic fallout would occur if railway unions follow through with a strike beginning Friday, including further supply chain delays, increased inflation, lost jobs and shuttered businesses.

The groups said there would be “dire consequences” if the railways shut down. A range of goods, including grain, oil, ethanol, fertilizer, and more are transferred via rail and would be in significant danger of supply chain shortages. That would likely mean higher prices for consumers across the board.

The Small Business & Entrepreneurship Council sent a letter to Congressional leaders on both sides of the aisle saying small businesses will not survive any more economic disruptions. Recent surveys from the small business network Alignable show 63% of businesses have frozen hiring, and in July about half said they are in danger of going out of business this fall.

“Most of our nation’s small businesses will not be able to endure another disruptive economic event that throws business operations and supply chains into chaos,” SBE Council President & CEO Karen Kerrigan wrote in the letter. “If the freight railroads and their unions fail to reach an agreement by the end of the week, a shutdown of the nation’s rail service would inflict costly – and perhaps irreversible – harm for many local businesses nationwide.”

A report from the Association of American Railroads said that the shutdown would cost $2 billion per day and “would immediately harm every economic sector served by rail.” The group said 7,000 trains per day would be affected and would “trigger retail product shortages, widespread manufacturing shutdowns, job losses and disruptions to hundreds of thousands of passenger rail customers.”

Currently, rail moves about 28% of U.S. freight, which means trucks would have to pick up the slack. Union leaders are haggling over time off, pay raises and bonuses as several industries watch closely, fearing the worst.

In anticipation of this strain on the trucking industry, the American Trucking Associations sent a letter to Congress warning of “dire consequences.”

“Idling all 7,000 long distance daily freight trains in the U.S. would require more than 460,000 additional long-haul trucks every day, which is not possible based on equipment availability and an existing shortage of 80,000 drivers,” ATA President and CEO Chris Spear said in the letter. “As such, any rail service disruption will create havoc in the supply chain and fuel inflationary pressures across the board.”

Kerrigan said that small businesses struggling to recover from high inflation and the pandemic-era shutdowns will pay the price.

“The latest round of small business surveys reveal that many small businesses are in a fragile state,” Kerrigan said. “Many are still digging out of the COVID shutdowns, and navigating inflationary pressures, labor shortages, slowing demand, and lingering supply chain issues.”

Kerrigan said the rail shutdown could be the “final blow.”

“New disruptions via the shutting down of our nation’s rail system could be the final blow that sinks many small businesses, particularly as those in the retail sector work to plan and prepare for the holiday season,” she said. “Moreover, disruptions across industries – from agriculture, to health care, manufacturing and more – will not only further burden and harm small businesses, but their customers and workers who are also worried about their finances and economic uncertainty.”

Kerrigan criticized the Biden administration for not doing enough to solve the issue.

“Unfortunately, the Biden Administration’s involvement on this matter has not resolved this pending crisis,” she said. “We strongly urge Congress to engage and act in order to protect America’s economy and all of its vital sectors and players.”

Spear also called for a long-term solution so a potential shutdown is not back on the table in a few months.

“Merely delaying a possible strike through congressional action will simply exacerbate the concerns of consumers and industry,” Spear said. “A possible strike or lockout in October or November is arguably worse than one next week – although any disruption will cost the nation billions of dollars of lost productivity.”