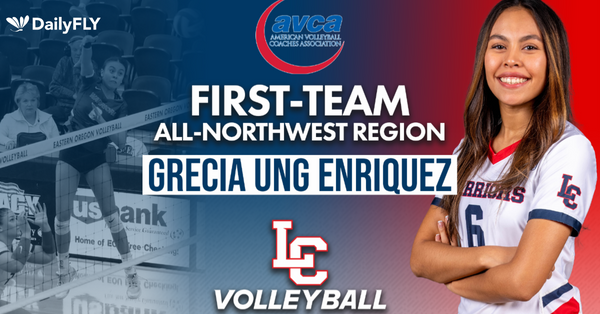 “It is always great to see our athletes earn top honors like this, but it is even better to see her growth which is shown through her movement from the honorable mention list up to the first-team list and in the running for All-American status,” Head Coach Shaun Pohlman said.

Ung Enriquez was also voted First-Team All-Cascade Conference for the second year in a row. Known for her top-spin serves and hard-hit kills, she led LC State in kills (325), kills per set (3.35), points (379.5) and points per set (3.91) this season. She was second in the conference in services aces per set (0.44) with 43 total. Defensively she collected 126 digs and put up 21 blocks.

“What is additionally exciting is Grecia hasn’t even reached her full potential, which means her continued growth will be even more fun to watch in the coming years,” Pohlman added. “She is certainly a fan favorite already.”

The Northwest region is comprised of teams from both the Cascade and Frontier Conferences.