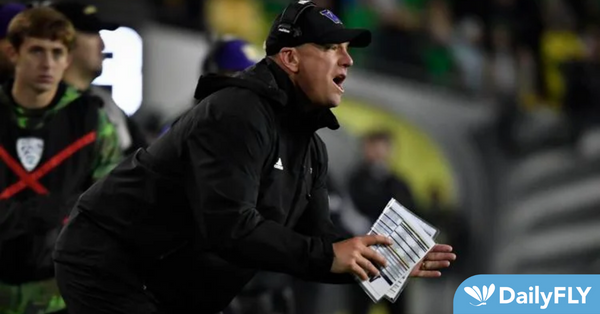 (The Center Square) – University of Washington head football coach Kalen DeBoer has signed a two-year contract extension to keep him in Seattle through the 2028 season, increasing his annual salary by almost $1 million.

The coach’s original contract was for five years and $16.5 million.

“It is clear that Kalen is such an amazing fit at the University of Washington,” Jen Cohen, UW’s athletic director, said in a statement announcing the contract extension. “He has come in and made an incredible impact in every aspect of the program, our department, the University and the Seattle community. Kalen is an elite competitor who approaches each and every situation with the utmost class and integrity. We couldn’t be more excited that he and his family will be on Montlake for the foreseeable future leading these tremendous young men in our football program.”

DeBoer, 48, has led the Huskies to a 9-2 record in his first year with the program, greatly improving on a dismal 2021 season that saw the team go 4-8.

His contract extension affords him other opportunities to earn even more.

Athletic achievement incentives are part of the contract as well.

With an appearance in the Pac-12 championship game unlikely due to losses to conference rivals UCLA and Arizona State, DeBoer nevertheless has the Huskies primed for a significant bowl bid as the team prepares to take on the Washington State University Cougars in the Apple Cup on Saturday in Pullman.

DeBoer’s new contract, though relatively modest for major college football, makes him among the highest paid state employees in Washington, if not the highest.

“We will not have updated salary info for 2022 until sometime in the spring,” Office of Financial Management spokesperson Ralph Thomas told The Center Square via email. “For higher education institutions, we get the info directly from each institution.”