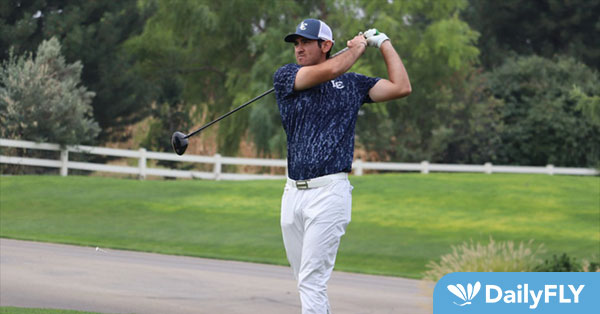 CALDWELL, Idaho – The Lewis-Clark State College Men’s and Women’s Golf teams used solid rounds to both stand in third place after the opening round of the College of Idaho Invitational on Monday.

Playing on the long TimberStone Golf Course, the Warriors trail both the University of British Columbia and Northwest Nazarene University as the top three teams are the same both in the men’s and women’s play. The final 18 holes of both tournaments will be played on Tuesday.

The tournament is the first of three Cascade Collegiate Conference regular-season tournaments during the year, although this one also includes NNU, an NCAA Division II team from Nampa, Idaho.

LC State’s Devon Caruso tied for the best opening-round score with a 70 as he matched par on the front nine and then chipped in for an eagle on No. 16 for a 2-under 34 on the back nine. As a team, the Warriors played the front nine at just 2-over-par.

“The guys had a good first round,” Anderson said. “Devon had a solid 70 to sit tied for the lead after the first round. We came out firing in the second round to climb into a tie for the lead. Birdies were finally falling for the first time this season. Coming in, though, we dropped some shots and other teams took advantage. “

Caruso struggled during the second round to a 79 and that score was actually thrown out because it was the worst of the round for LC State. Each team has five golfers and the top four scores in each round are combined for the team score. The Warriors shot one stroke better in the second round with a 293 as Carlos Davila improved by 11 shots over the first round with a 1-under-par 71.

“Carlos had a great comeback round,” Anderson said. “I’m proud of his confidence coming down the stretch.”

Jorgen Lie Viken’s 147 total led LC State and left him in ninth place overall, while Elias Theodossopoulos is one shot back at 148.

The Warrior women were tightly grouped together with Alexandra Schmidt, Deana Caruso and Kyla Currie all shooting 81s, while Kylee Hughes carded an 82. Schmidt shot 42 on the front nine after a triple-bogey, but battled back with a 39 on the back side. Caruso and Currie shot identical 39-42s, while Hughes had a 40-42. Caruso, Currie and Hughes also had one birdie each during the round.

“The girls had a tough round but battled down to the end to steady it,” Anderson said. “Some longer holes definitely builds good experience for the length of college courses. We’re looking for a good round tomorrow to finish strong.”

Defending NAIA women’s national champion University of British Columbia rolled to a comfortable first-day lead heading into the final 18 holes at 283, while Northwest Nazarene is second at 314, followed by LC State at 325.

Schmidt, Deana Caruso and Currie are all tied for 12th individually on the women’s side.