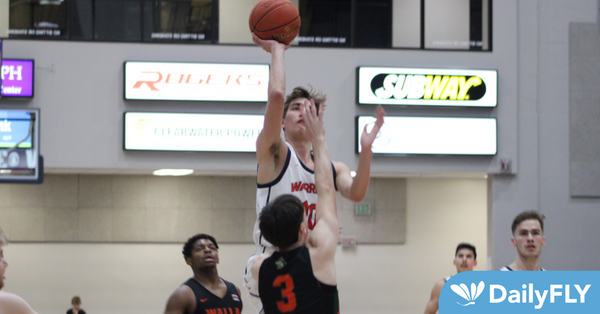 “It was a very good defensive start for us tonight and a lot of that is due to Silas (Bennion) and Sam,” Head Coach Austin Johnson said. “Those guys did a great job in their own ways keeping us locked in and aware. The ball movement was great and we were able to get more swings tonight which is something we’ve been preaching. Erick Chaney was awesome and gave us a boost. This team has been through a lot since the season started, so it’ll be good to have some time to rest and regroup as we dive fully into conference play.”

Silas Bennion got the night started with a layup at 18:37 before Davian Brown added two free throws to give LC a 4-0 lead. Brown added a triple to start a nine-point run, fueled by baskets by Oreon Courtney, Keegan Crosby and Lustig, to make it 13-3 by 15:01. Grayson Hunt sparked another run of nine, this time with contributions by Stockton and Crosby, to grow the advantage to 27-8 with 9:35 left in the half.

A layup on a fast break by Bennion was followed by a 3 by Lustig to push the score to 35-14 with just under five minutes left, and back-to-back buckets by Hunt and Chaney had the cushion at 39-18 in the final two minutes. A layup by Hunt, free throws by Anthony Peoples Jr., triple by Chaney and basket by Stockton had the Warriors up 47-22 at the break.

Courtney and Brown carried the momentum into the second half with layups in the first two minutes. Freshmen Hunt and Lustig added another five points to push the lead to 56-28 by 16:49, and a dunk by Courtney gave the Warriors a commanding 62-35 advantage at 12:25.

Courtney and Bennion drained back-to-back baskets before Chaney added another 3 at 9:31 as the offensive barrage continued. Peoples Jr. went on a run by himself with a layup, free throw and dunk within 30 seconds to give LC its largest lead of the night, 84-47, with 6:36 to play. Two straight 3-pointers by Stockton and Lustig kept the difference at 37, 90-53, and Stockton capped the scoring at 96-61 with a minute to go.

Lustig led all scorers with a career-high tying 16 points, and Stockton tied his personal-best with 14 points. Brown and Chaney each added 13 points, and Courtney scored 10. Brown, Stockton and Hunter each grabbed seven rebounds, and Stockton finished the night with a team-best seven assists and five steals.