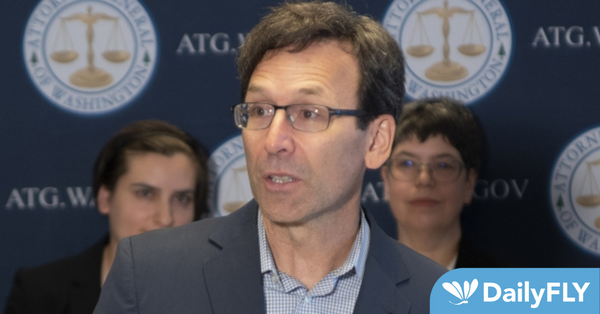 “The right to strike is critical to workers’ ability to advocate for themselves, and rightly protected under federal law,” Ferguson said. “My office will stand up for workers’ rights.”

Glacier Northwest, which also does business as CalPortland, provides construction services and building materials, including concrete. In 2017, Glacier and Teamsters Local 174 were in a labor dispute. Their collective bargaining agreement had expired, and in the course of negotiating a new one, the local called a strike.

When the strike was called, some Glacier drivers were in the process of delivering mixed concrete, but left the job to participate in the strike. The mixed concrete became unusable, and Glacier later filed a lawsuit against the union. Glacier argued this was an intentional destruction of property not protected by the union’s right to strike.

The Washington State Supreme Court disagreed, finding that, while “employees must take reasonable precautions to protect an employer’s plant, property, and products … economic harm may be inflicted through a strike as a legitimate bargaining tactic.” The court noted prior National Labor Relations Board (NLRB) decisions upholding strikes that resulted in loss of perishable products.

The state Supreme Court found that the strike was arguably protected under the National Labor Relations Act, and therefore the NLRB should determine whether the actions taken were reasonable.

Glacier subsequently appealed to the U.S. Supreme Court, which accepted the petition in October.

The states argue that numerous court and NLRB rulings protect strikes exerting economic pressure in the form of product loss, even when a strike is timed to create maximum risk to perishable products.

Glacier’s arguments would undermine the National Labor Relations Act, which protects the rights of workers and employers alike.

The Act protects employees’ “concerted activities” and explicitly recognizes the right to strike. The right to strike is essential to a core purpose of the Act to restore “equality of bargaining power between employers and employees.”

A concerted withdrawal of labor is virtually the only way employees can exert economic pressure on employers in attempting to bargain collectively. If strikes could not threaten economic loss to employers, they would be useless as bargaining tools, and employees would return to the pre-Act days of lacking any legally sanctioned bargaining power.

The U.S. Supreme Court will hear arguments in the case in January 2023.