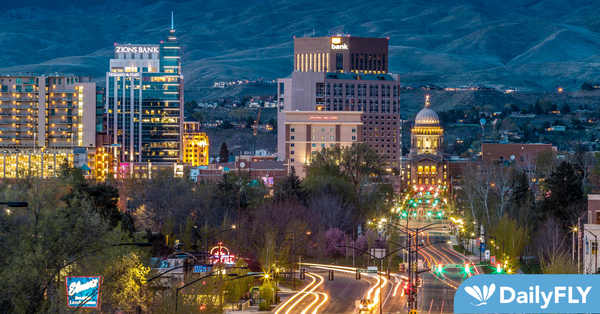 Photo by Alden Skeie on Unsplash

(The Center Square) – Washington and Idaho added tens of thousands of people over the last year, according to U.S. Census Bureau numbers released Thursday.

This added up to a small population increase in Washington and a significant increase in Idaho.

Washington was the only West Coast state to add residents over the last year.

California saw a net decline of 113,649 residents in the same time, .29% of its population. It had the second-largest population loss of the year for any of the 50 states in raw numbers and the tenth-largest decline by a percentage of the population.

Greenhut, who lives in California, says that “our high cost of living and our bad public policy” are causing many of the Golden State’s residents to move elsewhere.

“Here in California, Idaho is a hugely popular destination,” he told The Center Square in a phone conversation.

This has created some problems with real estate in Idaho, with Boise prices being pushed so high by people moving into the state that it led to “declining affordability,” he said.

In Washington, where Greenhut owns a summer home, he said, “It doesn’t look like there is a huge influx of people anymore from other states.”

Nationally, the population growth trend was up for fiscal year 2022, a .38% increase.

“There was a sizeable uptick in population growth last year compared to the prior year’s historically low increase,” said Kristie Wilder, a demographer in the Population Division at the Census Bureau, in a statement. “A rebound in net international migration, coupled with the largest year-over-year increase in total births since 2007, is behind this increase.”