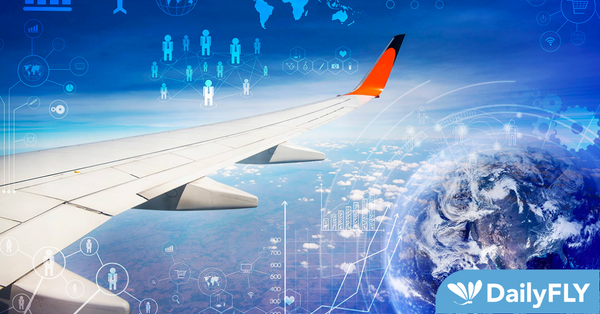 Pullman – Air travel is a growing source of the greenhouse gas emissions that cause climate change. Flying from Seattle to Paris and back, for example, generates more CO2 than the average person does in a year in many countries.

Given the importance of aviation to our economy, it’s with some urgency that the aviation industry and governments around the world are looking to reduce the environmental impact of air travel.

Washington State University is playing a leading role in that transformation.

WSU researchers in eight programs among three colleges on two campuses are exploring energy sources, testing, supply-chain logistics and policy in the quest for sustainable air transportation. The university is a co‑leader with the Massachusetts Institute of Technology of ASCENT, a consortium of research universities, government agencies, national laboratories, and private entities convened by the Federal Aviation Administration nearly a decade ago.

“We really are a national and international leader in this activity.”Michael Wolcott
WSU Regents Professor &
Associate Vice President of Research

Most recently, WSU Regents Professor and Associate Vice President of Research Michael Wolcott helped author the nation’s roadmap for sustainable aviation fuel — the only academic invited to take on that role.

“We really are a national and international leader in this activity,” Wolcott said of WSU.

As anyone who has been in a crowded airport this summer can attest, the demand for air travel has nearly rebounded from the COVID slump and it’s expected to keep growing.

Meanwhile, America’s aviation industry has committed to a 50% reduction in life cycle greenhouse gas emissions by 2030 and “net zero” by 2050 to help the United States meet climate goals.

Researchers, including those at WSU, are looking at how electricity and liquid hydrogen might be employed to reduce the carbon footprint of air travel. But right now those technologies aren’t suitable for the long-haul routes that produce the most carbon — and 2050 is looming.

That’s why the industry is looking to blend an increasing portion of sustainable fuels made from plants or waste streams with conventional jet fuel.

More than 50 airlines are already using some portion of sustainable fuel in their fleets, but the challenges in dramatically ramping up SAF production to meet those goals are legion. They include identifying new source materials; ensuring biofuel crops don’t replace food production or threaten water supplies or forests; refining the materials; and transporting fuel to airports without canceling out its carbon reduction — all part of the life cycle carbon calculus.

WSU researchers are working on all these issues, as well as identifying supply-chain and infrastructure costs and logistics, and testing potential fuels to ensure they meet the extraordinarily tight characteristics for aviation.

“This full vertical integration of capabilities at WSU is unique,” said Joshua Heyne, associate professor and director of the Bioproducts Science and Engineering Laboratory at WSU Tri‑Cities. “We have people who are leading in every one of these bottlenecks for SAF.”

Inconsistent federal policy has been a challenge. Yet WSU led state and regional work groups to keep up the industry’s momentum when federal attention lagged.

The sustainable aviation fuel industry holds promise for creating good jobs in rural areas, aligning with WSU’s mission of service to the state. Eventually, the work of WSU and others involved in the sustainable fuels field could make the United States an exporter of SAF technology and fuels.

As that work is going on, WSU researchers are already looking beyond SAF to other potential power sources such as liquid hydrogen and e‑fuels. “WSU is in a really amazing position right now,” said Jacob Leachman, associate professor in the School of Mechanical and Materials Engineering and hydrogen fuel researcher. “We’re not only leading the FAA’s center for sustainable aviation fuels, we’re leading the emerging aviation fuels for the next several decades.”

Article by Addy Hatch, WSU Marketing and Communications in the WSU Insider