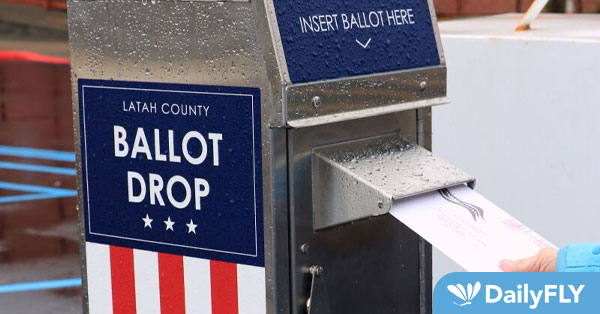 MOSCOW – As the election is just 12 days away, it is essential each community member knows the value of their vote. In battleground areas like Latah County, seats can be won by a mere 10-20 votes.

David Nelson, the incumbent for District 6 State Senator explained this is an important election for individuals to get out and vote and mentioned legislative seats are won by hundreds of votes.

As U.S Senator Mike Crapo was in Latah County this week, he explained the true importance of voting regardless of party affiliation in battleground counties like this.

“I urge people across this state to vote,” Senator Crapo said. “There is no better thing that people in Idaho can do to make sure their voice is heard. Across the state and across political parties, people [need] to get out and vote.”

Unlike larger cities, community members’ votes truly matter in areas like Moscow. Voting is the easiest way citizens can ensure their voice is represented at the state level. With Moscow being home to the University of Idaho, there is a large demographic of individuals aged 18-24 in the area, which according to the US Census, is the least likely age group to vote.

Terry Pickens Manweiler, the Democrat candidate for Lieutenant Governor, also explained how essential it is for the younger generation to have their voice heard in elections such as this one.

“What [the younger generation] does today will impact how they live tomorrow,” Pickens Manweiler said. “All women who don’t vote, if they stay in Idaho, they won’t have the right to abortion or the right to contraceptives. Do you want the state to define who you become?”

Idaho’s November 8 general election will decide races for a plethora of local, state, and national seats.

Idaho’s state legislative redistricting plan has redrawn the boundaries of districts across the state, changing which candidates will appear on voters’ ballots. You can check which district you are voting in on the Idaho Secretary of State’s website.

In Latah County, you can also find a sample ballot at: https://api.latah.id.us/web/DownloadFile?filename=Elections\November%202022%20Election\Sample%20Ballot%20Nov%202022.pdf

Ways to register to vote:

All registered voters must present a valid photo ID, such as a state driver’s license, a U.S. passport, or a tribal photo identification card. A list of acceptable IDs is on the state elections website. If you do not have an approved photo ID, you’ll be given a Personal Identification Affidavit to sign, in which you swear to your identity under a felony penalty of perjury.